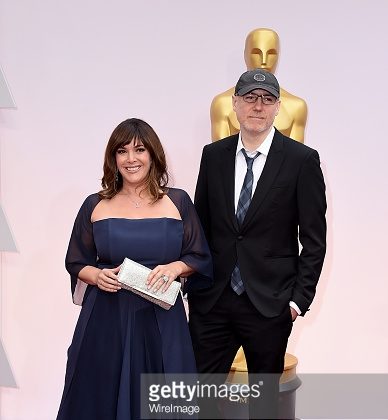 Gregg Alexander and Danielle Brisebois: No ‘Lost Stars’ Oscar and I Don’t Care

OKAY, SO ALL HAS BEEN SAID AND DONE.  Michael Keaton didn’t take Best Actor.  Lupita Nyongo had her pretty pearly dress stolen, Mark Ruffalo lost for his role in “Foxcatcher” when he should have been nominated for “Begin Again” in the first place, my main girl Patricia Arquette used her acceptance speech time to raise a little hell, Ellen DeGeneres was sorely missed, and “Lost Stars” didn’t take Best Song for the film “Begin Again” even though everybody knows it really was the best song.

But hey, that’s okay.  Ask me if I’m angry.  Heck no.  Frankly speaking, I don’t take these awards that seriously.   Yes, I was gung-ho in cheering on the composers of my three favorite songs of 2015 (Lost Stars, No One Else But You, A Higher Place),  and if I had to do it over again I’d be just as enthusiastic.  I would not change a thing.  This was Gregg and Danielle’s time in the international spotlight and I was intent upon pouring on the accolades .  No regrets at all.

Moreover, I highly doubt Gregg Alexander and Danielle Brisebois lost any sleep either.  This was simply the ultimate feather in their caps and since these two talented composers are still fairly young – there’s more where that comes from.  Have you checked Twitter lately?  Fans are still tweeting about “Lost Stars” and the “Begin Again” soundtrack.

I found myself a tad annoyed and disappointed that Adam Levine seemed to struggle with his “Lost Stars” performance at the awards presentation. “Well heck, Gregg or Keira or Danielle could have sung it.”  I bemoaned. But my discontent didn’t linger beyond a mere few moments. Why?  One – because no matter who sings the nominated song or how well they sing it… the winners names were already in those envelopes.  Two: I was pretty sure that the lesser appealing song (for my taste) was going to win… and it did. John Legend and Common’s “Glory.”

So nothing has changed for me.  I’m still rocking to my Gregg and Dani tunes and still wanting to have Gregg’s children.  As Sonny and Cher used to say… “the beat goes on. “

Has anything changed for Gregg or Danielle?  I don’t know.  A bit older and wiser now, perhaps Gregg isn’t as much of a radical anymore.  Since he (along with Danielle) did indeed show up to the awards presentation (I wasn’t sure he would), perhaps the nomination is simply serving to metaphorically usher in a new and less abrasive Gregg Alexander who is more patient and forgiving with the more unsavory aspects of the music industry.

Gregg has certainly paid his dues, and with this nomination he could very well be embarking upon a new path ushered in via this coveted Oscar nomination.  It’s not every day a composer is nominated for an Academy Award.  Gregg and Danielle deserve every bit of glory they’ve been basking in over the past few months.  Hopefully, this is just the beginning.  They didn’t win the Oscar and I ask me if I care.  The best is yet to come for Gregg and Danielle and that’s what I’m excited about.