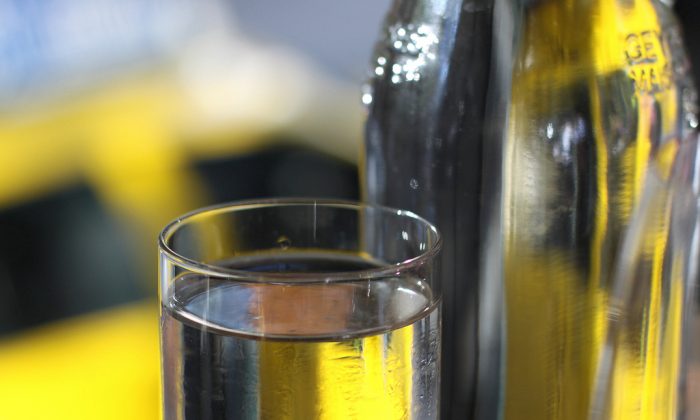 Keep It Glassy: 3 Reasons to Ditch Plastic, Even the BPA-Free Stuff

Even though the health dangers associated with bisphenol A (BPA) have been known for more than 70 years, it wasn’t until recently that manufacturers began ditching the stuff due to rising public awareness. For consumers, among the chief concerns was BPA’s estrogen-mimicking effects which, in addition to throwing off the body’s natural hormone balance, was linked to a cavalcade of health problems, including reproductive issues, birth defects, breast cancer, heart and liver disease and neurological disorders. In the face of mounting evidence and consumer alarm over BPA exposure, plastics manufacturers managed to turn the crisis in consumer confidence into an opportunity. What did they do? They flooded the market with hundreds of BPA-free products – and voila! problem “solved” (for them, at least). With the arrival of all those new BPA-free, seemingly greener, safer products on the shelves, consumers who’d sworn off BPA-laced plastics could once again enjoy plastic’s convenience without fear of toxicity. It turns out though, it was a classic case of too good to be true. Unfortunately, it’s come to pass that many BPA-free alternatives are now testing out to be as dangerous as the BPA-originals, and in some cases may be even more damaging to your health. So much so that a number of experts studying BPA and their toxic cousins now advise cutting exposure by ditching plastic altogether, be it BPA-free or otherwise. So do I. Here’s why:

You Probably Have Plastic in Your Blood; 20 Ways to Avoid Plastic

You’re Ingesting a Lot More BPA Than You Think

Because manufacturers are under no obligation to disclose the chemicals in the plastics they produce, most of us are unknowingly coming into contact with these endocrine-disrupting devils multiple times a day. They’re leaching BPA and other unknown chemicals into our bodies through our food containers, water bottles, PVC water pipes, canned foods and even receipt paper. Unless you’re making an extremely conscious effort, BPA is tough to avoid, and unfortunately, buying BPA-free products isn’t the answer either.

When consumer pressure all but forced the plastics industry to come up with BPA-free alternatives, consumers got ’em alright, but what they got wasn’t free of dangerous chemicals, just BPA. Among the more popular replacements for BPA were other members of the bisphenol family, particularly bisphenol S (BPS) which has similar endocrine-disrupting effects. So the switcheroo from BPA to BPS and other chemical replacements didn’t result in a greener, healthier, or safer product – just a chemically different one, whose potential effects are even less known. According to GreenMedInfo.com BPS may actually be worse due to it’s relative inability to biodegrade as well as it’s potential to accumulate in the body for longer periods of time.

The Government’s Not Looking Out For You Either

Government does a lot of things well, but protecting consumers from chemical and toxic exposure isn’t one of them. What’s really frightening, is that laws regulating everyday chemicals are not only weak, they’re also really old. They’ve not kept up with the times. A case in point – the primary law that’s supposed to keep us safe, Toxic Substances Control Act, dates back to 1976! As it stands now, chemical companies aren’t obligated to prove their products are safe, so there’s little incentive to study their toxicity – or make pubic the results of their studies when and if they are conducted. With this laissez-faire business model, trusting chemical companies to care about your safety seems to me a bit like a game of wellness Russian roulette.

So what’s the rational work-around in our plastic-wrapped world? Here are a few simple ideas to help limit exposure:

How else to side step-some of the chemicals that can leech into your food and body? Here’s the Washington Post’s very wise list of items to avoid and their alternatives:

*Image of “glass” via jenny downing/Flickr