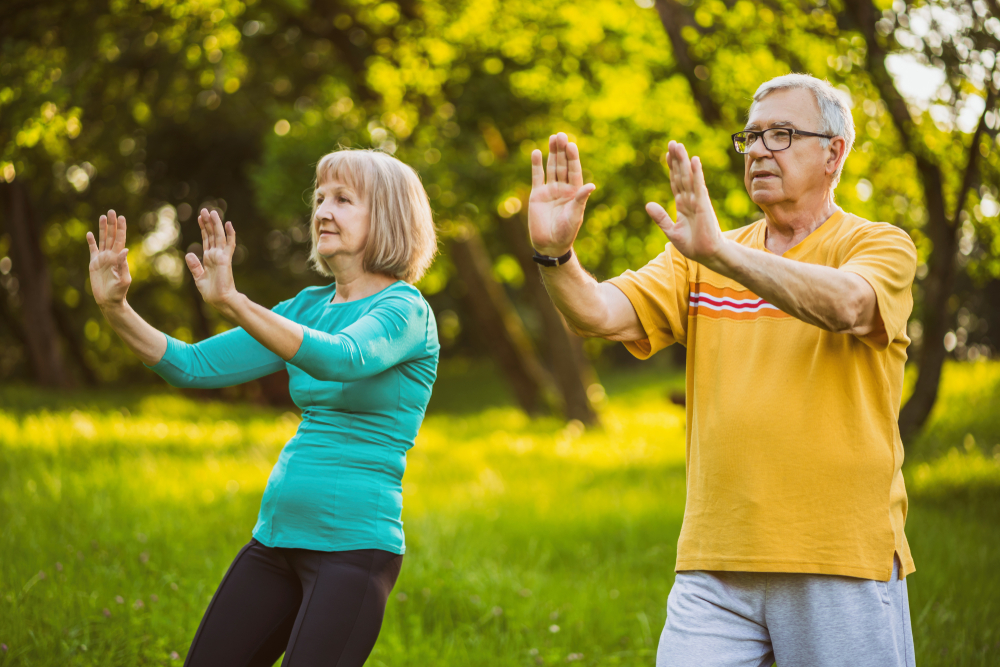 Tai chi involves a series of slow movements of the hands, arms, neck, legs and core combined with deep breathing. Researchers developed a tai chi routine that stroke survivors can do while sitting.

“Tai chi has a long history as a form of exercise in China,” said lead author Jie Zhao, a lecturer at Yunnan University of Traditional Chinese Medicine, in China. “We revised the tai chi movements for people who have weakness or partial limb paralysis. It is tailored so that participants can move one arm with the help of the healthy arm.”

The new study included 160 adults (average age: 63) in China who had suffered their first ischemic stroke within the past six months and still had the use of at least one arm. (Ischemic stroke is one caused by blocked blood flow in the brain.)

Half of the participants were assigned to the sitting tai chi program and half to a standard stroke rehabilitation exercise program that included recommended upper limb movements (the “control” group).

After three months, patients in the tai chi group had equal or greater improvement in hand and arm strength, shoulder range of motion, balance control, symptoms of depression and activities of daily living than those in the control group, the study found.

The report was published online April 7 in the journal Stroke.

The findings showed that sitting tai chi is an effective option to improve stroke survivors’ balance, coordination, strength and flexibility, according to Zhao.

“Sitting tai chi can be practiced in a chair or wheelchair and is very convenient since it can be done in your home. The program costs almost nothing to practice, and it doesn’t require any special equipment or travel time,” Zhao said.

“People will most likely need to adhere to the sitting tai chi exercise beyond 12 weeks to get the beneficial long-term effects,” Zhao said.

Stroke is a leading cause of long-term disability in the United States, according to the American Heart Association.

There’s more on stroke rehabilitation at the U.S. National Institute of Neurological Disorders and Stroke.

This story was originally published on the Healthday site.