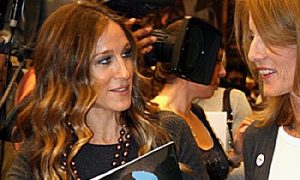 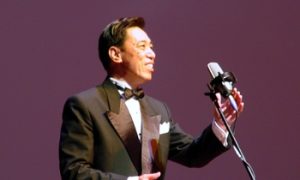 UN Secretary-General Urges Empowerment for Women and the Oppressed

By Pamela Tsai
Print
PHILADELPHIA—“Look beyond—I urge you, have a big dream. You are not just Americans, but also global citizens,” U.N. Secretary-General Ban Ki-moon said to presidents of 24 universities representing 18 countries and thousands of students at the University of Pennsylvania on April 4.

At the fifth annual meeting of the Global Colloquium of University Presidents, Ban appealed to the global academic community to empower women and the oppressed. The colloquium was founded in 2004 by the presidents of Penn, Columbia, New York University, Princeton, and Yale in response to the secretary-general’s request for the global academic community to be more involved in international public policy concerns.

Ban spoke with passion about gender equality for women and freedom and human rights for the oppressed. He urged those in the power to empower the weak and for those who enjoy freedom to help free those who are suppressed.

“Unless the many poor people around the world come together on the path toward a better, more prosperous and harmonious world, we cannot claim we live in a harmonious world,” Ban said.
He said he has been urging world leaders to make women policy priorities. He has increased senior women heads in the U.N. by 30 percent.

“At least … one-third of the senior heads are women and I want to increase more women on the ‘waist’—middle management positions,” Ban said, adding he understood women prefer slim waists. The joke made the audience cackle with laughter.

The secretary-general established U.N. Women in 2010 and appointed Michelle Bachelet, the former president of Chile, to be the executive director. Calling her a role model for women around the world, Ban said, “If she can succeed, women in the whole world can also be successful.” The audience applauded and Bachelet smiled.

Ban has demonstrated that women are just as competent as men in leading peacekeeping efforts, being in charge of 8,000, 10,000 or more soldiers, and making high level decisions with world impact.

But his efforts supporting female empowerment didn’t come about without challenges. He had to be insistent on seeing women candidates when people kept telling him they couldn’t find any qualified women for the posts.

“Please give me the best (female candidates) of all those who failed,” he would ask. Stating that prejudice and discriminatory practices are very difficult for women to overcome on their own; Ban emphasized that “political will” is needed for world leaders to make the change and empower women.

He counted on university presidents to help effect the change by giving equal and quality education to girls.

When asked by an audience member of his expectation of American students studying abroad, Mr. Ban replied, “Broaden your perspective, broaden your vision, look beyond—then you will see there are so many things that require your commitment, your leadership and your involvement.”

The secretary-general took the opportunity to call for support of people in Middle East and North Africa. “History is not on the side of leaders who insist on clinging [to] power against the will of their people.” Ban reflected upon his personal experience in the 1950s when he was a student. He wrote a letter to the then Secretary-General Dag Hammarskjold asking him to, “Please help people in Hungary,” when the Hungarians were rebelling against the Soviet Union.

The secretary-general said the current situation in Middle East and North Africa made him feel a “sense of historical mission.”

Ban continued, “In 10 or 15 years … when you look back at today, you can tell your friends and your children ‘I was one of the witnesses and tried to help these people achieve their aspirations.'”

He expressed hope for more countries to be free from oppression and injustice, “If these situations (in the Middle East and North Africa) are properly handled, they can become a model for similar transformation across [the] Arab world and beyond.”

He said the historical changes in those countries didn’t happen automatically, “They need the strong backing from international community. Without that, their dream will be just crushed, sadly.”

“Now it’s your moment, seize it,” he concluded, urging girls and all people to stand up to the challenge and have an equal opportunity in shaping history.