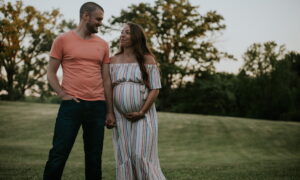 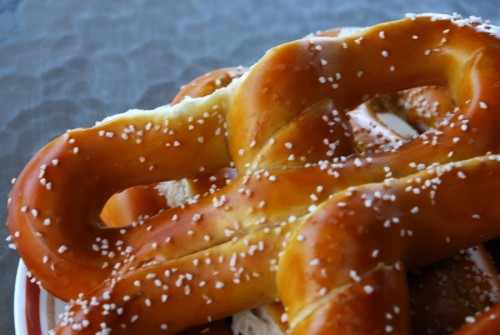 BILL COSBY ON HIS FAVORITE SMELL OR TASTE

IN PHILADELPHIA….. “A soft pretzel with mustard.“

OKAY, YOU’VE DONE IT.   That monumental mistake made by native New Yorkers and tourists alike. You’ve feasted your eyes on that humongous Manhattan vendor pretzel. You know that pretzel. It’s about the width of your laptop and for a mere couple of bucks who can resist it. Certainly it’s well worth your vacation savings.  But right after you forked over your hard-earned cash you knew immediately that something was amiss.

The first red flag was that it didn’t feel soft upon taking grasp of it. But of course you don’t stop the payment transaction. You thank the vendor and walk away towards your destiny of Manhattan-style culinary hell. Then, like any sane American would do, you brush off the salt… because honestly, what human being could possible desire that much salt on any one food product. Then you raise the pretzel to your mouth. You don’t even notice there is no fresh baked aroma emanating from this product.  You then bite into the product.  This is the point where you may have broken a tooth or damaged your jaw. The infraction and reaction differs from person to person. At this point you’re probably beside yourself. You’re feeling swindled. What did I just pay for!? Why did my eyes tell my stomach that this was a certain bet!? Who have I to blame but myself!?

Ah, but it’s not you. You’re not to blame. How could you have possibly known about the New York City vendor pretzel deception. There’s no YouTube video on the subject… at least not to my knowledge and if there is – it certainly hasn’t gone viral.  You won’t find it in your New York City paperback travel guide. And finally, no one has had the presence of mind to hand out flyers at LaGuardia, JFK, Newark, or Port Authority to warn unsuspecting tourists to steer clear of the New York City vendor pretzel trap.

Yes, New York is the worlds greatest city. That’s a given. It’s a culinary mecca. But now you’ve finally been warned that the New York City vendor pretzels are nowhere near up to par with Katz’s famed pastrami sandwiches or red velvet cupcakes from Magnolia Bakery. Native New Yorkers learned this lesson in their primitive childhood years. But you certainly couldn’t have had a clue.

Now that you’ve lost a couple of bucks, you can chalk the food vendor horror up to a blessing in disguise because now you can experience a pretzel that melts in your mouth. That fresh baked aroma. That just the right chewy, gooey texture. Lightly salted or what the heck… the unadulterated naked variety! Where you ask, can you find this heavenly pretzel? Why at the Philadelphia Soft Pretzel Factory, of course. Philadelphia is not only home to the likes of Bill Cosby and Will Smith, Patti LaBelle, The Roots, Jill Scott, Kevin Bacon and Hall and Oates – but to the worlds greatest soft pretzel.   Do you think any of the aforementioned entertainers would settle for a lesser make of pretzel. Certainly not.

Okay, now you’re ticked-off again, so I’ll get right to the point and let you in on one of the best kept secrets in New York. You can get a Philadelphia style soft pretzel in New York!  Now to be honest, you should have already known that because quite frankly, there isn’t much of anything that you can’t get in New York City. Okay, maybe Philly water ice – but that’s another blog. That being said, brace yourself. While I’m going to provide you with a first rate primer on how to get a Philadelphia style soft pretzel in New York,  you may want to note that you’ll be going to Staten Island to wrap your fingers around this delectable Philadelphia staple.

Please.  Take Note. While this won’t be easy, you’ll find anything is worth ridding yourself of the horrible New York pretzel vendor experience.

One:  Make sure you’ve got on a good pair of walking shoes.  You’re going to need them.

Two:  Contact former New York Mayor Bloomberg and make sure it’s okay to eat soft pretzels.  He’s a tad funny about what people eat and drink in in this town and while he’s no longer the Mayor, he’s a very wealthy man with quite a bit of influence.  There won’t be any problem locating him.  Everyone in the city knows that he lives on East 79 street.   No need to rush off to Staten Island to feast on something you’re going to get fined for. You may not get stopped and frisked, but who wants to be ticketed.

Three:  Make sure you have an MTA Metro card.  It’s going to make life easier for you on this quest.  That being said, you’ll still need a bit of cash to embark on this journey.

Four:  Call MTA or check an MTA map to find out what bus will get you to the Staten Island Ferry in lower Manhattan.  I suggest a bus over a subway train. Buses can be slow but you’ll be taking the scenic route to lower Manhattan.

Six:  You’ll find a motley bunch of about 4 to 500 other people standing and waiting at the gate  for a ferry that will only comfortably hold about 275 people.   These people are native new yorkers who have worked all day.  They’re underpaid, over-worked and want to go home. Oh… and they don’t like tourists. Try your best to ignore that and squeeze your way into the crowd without offending the guy who just got released from Riker’s Island and hasn’t eaten since the day before.

Seven:  The Ferry gates will open.  You know that old adage about  “When in Rome…?”  Well you’ll want to apply that here.  Push yourself through the gates and then run on to the ferry.  You can choose not to run, but after you’re trampled and bruised you’ll know better the next time.  You can run up the stairs to get to the upper levels of the ferry or you can stay below.  Don’t run towards the indoor seating.  Head towards the outside so that you can get a scenic view of Ellis Island and The Statue of Liberty.  Find a place and stay there.  If you move you’ll never reclaim it.

Eight:  Enjoy your ride, and once the ferry docks look for signs that lead you to the Staten Island Railway.  This train ride may only be partially covered by your MTA card and you may have to spend additional cash. By the way,  you may want to note that you’re now two hours and 20 minutes  into your soft pretzel journey.  But you’re still in New York!

Nine: Get on the Staten Island Railway train and enjoy your ride… you’re going to the very last stop on the railroad.  Get off at West New Brighton station.   Once you are off the train ask a Staten Islander for directions to  the Soft Pretzel Factory at 604 Forest Avenue.   Your walk will be about 5 to 10 minutes but whats ten minutes when you’ve already spent over three hours in your trek to fast food glory.

There you have it. In just three hours and 45 minutes, you’ve just taken a bus, a boat and a train to get yourself a mouth-watering Philadelphia soft pretzel!  Who knew you could even get one in New York!    Of course you could have taken a bus to Philadelphia in two hours, but imagine how costly that would have been.

Now, the next time you pass that New York pretzel vendor you’ll know that you’re armed with invaluable tourist data that you can’t get from a travel guide. No sirree!  You can just stroll past that vendor guy and proudly assert, “… No thank you sir.  I think I’ll wait and get myself a Philly style soft pretzel!”   You’ll be the savviest tourist in town.