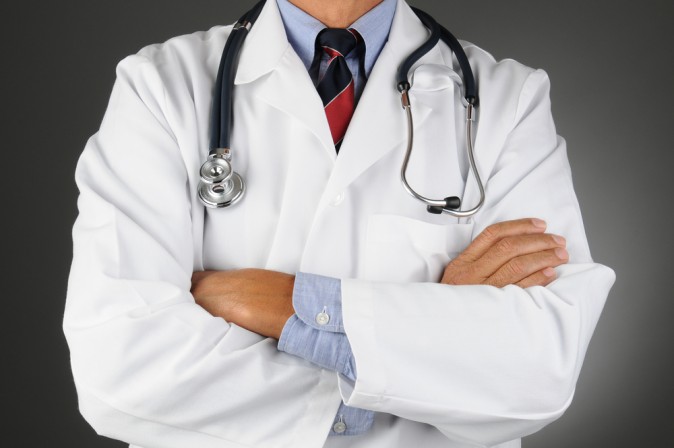 When to Say No to Your Doctor

Every time you walk into a physician’s office, you run the risk of overtreatment: Tests you don’t need, medications that are ineffective (or dangerous), procedures that cause more problems than they solve. In many cases the best thing for your health is to do nothing. Our training as physicians at medical school is in acute care and crisis care medicine, not in how to deal appropriately with the epidemics of chronic problems and lifestyle diseases we see today. The only tools of most physicians are drugs and surgery, they are not trained in nutrition, supplements, stress reduction or lifestyle changes in general. I applaud my good friends at Men’s Journal for telling the truth and exposing the realities of our current medical system. This is a brilliant and provocative piece and  I urge you all to read it, pass it on and take charge of your health.

When to Say No to Your Doctor

It’s been a couple of years, so you decide to see your primary-care physician for a physical.

You feel fine, but it’s the responsible thing to do. You get your blood pressure measured and your blood drawn. Within a few days you’ll get the lab report that will give you the readout on the amount of cholesterol and sugar in your blood. (This drill is so routine that you and your doctor don’t even discuss the implications of a possible bad test result.) If you’ve entered your middle years, he’ll probably ask if you want the lab to test your blood for PSA, a screening test that can tell you if you’re at an elevated risk for prostate cancer.

You figure it’s probably good to get out in front of these things, so you nod yes. Insurance covers it anyway.

Congratulations – you’ve just stepped onto a conveyor belt pulling you into a broken system that delivers disappointing results at ever-increasing cost. To wit: The United States spends roughly twice as much per capita as most of the nations of Western Europe, whose citizens on average outlive us by a couple of years. Our own national Institute of Medicine says we waste $210 billion annually on treatments of no or marginal benefit. In a study last year, researchers from the Mayo Clinic went through 10 years of the New England Journal of Medicine, from 2001 through 2010. Of the established tests and procedures reevaluated in studies in the journal, 40 percent were found to be worthless.

You may not care that Spain is kicking our national butts in the longevity sweepstakes, or that our wasteful health care system is driving up insurance premiums. But understand that a medical system that routinely uses drugs and procedures to treat the possibility of future disease poses a potential threat to your health. “As doctors, we have focused on the few we might be able to help,” says Dr. Gilbert Welch, a professor at Dartmouth’s Institute for Health Policy and Clinical Practice. “The time has come for us to give equal attention to the many who are dragged through the process unnecessarily.”

Let’s go back to that seemingly benign checkup. “The problem with getting a physical is that doctors are looking for an action plan for whatever turns up,” says Dr. David Newman, director of clinical research at Mount Sinai School of Medicine. And so, for instance, borderline high blood pressure, or, as it’s sometimes known, prehypertension, can invite a prescription for antihypertensive drugs – with accompanying side effects and no good evidence of benefit. Ditto for the meds to push down high blood sugar for type 2 diabetes. And then there are the statin drugs prescribed to bring down high LDL cholesterol – about one-fourth of American adults take them, risking significant side effects on drugs that have shown little or no ability to decrease heart attack risk in people who haven’t already had one. And the PSA screening test for prostate cancer? Two years ago, the U.S. Preventive Service Task Force recommended no one be screened, citing “very small potential benefit and significant potential harms.” And yet over the past 20 years, a high PSA reading has sent more than 1 million American men down a one-way street to radiation therapy or surgical removal of the gland, with notorious side effects. “Impotence and incontinence are the hallmarks of having gone to the doctor over the age of 50,” says Newman.

A handful of well-respected, influential physicians have recently gone public with their dissatisfaction, not to say outrage, over the state of the medical status quo: Welch in his book Overdiagnosed: Making People Sick in the Pursuit of Heath; Newman in Hippocrates’ Shadow: Secrets from the House of Medicine; Dr. Otis Brawley, the chief medical officer at the American Cancer Society, in How We Do Harm: A Doctor Breaks Ranks About Being Sick in America; and University of North Carolina professor of medicine Dr. Nortin Hadler, most recently in The Citizen Patient: Reforming Health Care for the Sake of the Patient, Not the System.

They all decry a system that has oversold the American public not only on the $300 billion worth of pharmaceuticals people snap up every year, but also on the profoundly false idea that high-tech medicine is more potent than behavior – diet, exercise, stress management – when it comes to warding off the most common “diseases of aging.” In fact, when the doctor-authors crunch the numbers, the signature medical advances of the past several decades – from statins and cardiac stents to diagnostic-imaging technologies such as MRI and the CT scan – turn out to have had an enormous impact on medicine’s financial bottom line but precious little effect on public health.

“In the U.S., we don’t stress preventing disease,” Brawley says. “We stress finding disease early and treating it, which is a shame.”

Make no mistake: A good doctor is, or should be, your most trusted resource if you’re sick. If you’re not sick and he wants to treat you anyway, that doesn’t necessarily make him a bad doctor. But it does make him a player in a system that operates according to the unspoken and often unexamined assumption that more treatment is better for the patient. It’s unquestionably better for the financial health of the stakeholders in the system: the doctors, the pharmaceutical industry, the health-insurance companies, and the hospitals. If you don’t know how the game is played, the odds go up that you’ll wind up the loser.

The remedial prescription calls for you to take more responsibility for your own health care because you can’t be sure anyone else is. The first requisite is the ability to say no to your doctor. That’s not as daunting as it sounds, thanks to the Web resources at your disposal. Not only can the Web ground you in the fundamentals of medical literacy, it’s also a way to tap into a more sophisticated means of pushing back against rising overtreatment in the medical establishment. Three websites jump out: uspreventiveservicestaskforce.org, from a volunteer panel of medical experts that reports to Congress; choosingwisely.org, produced by the American Board of Internal Medicine Foundation, a nonprofit group trying to upgrade medical practices; and thennt.com, created by reform-minded iconoclast David Newman.