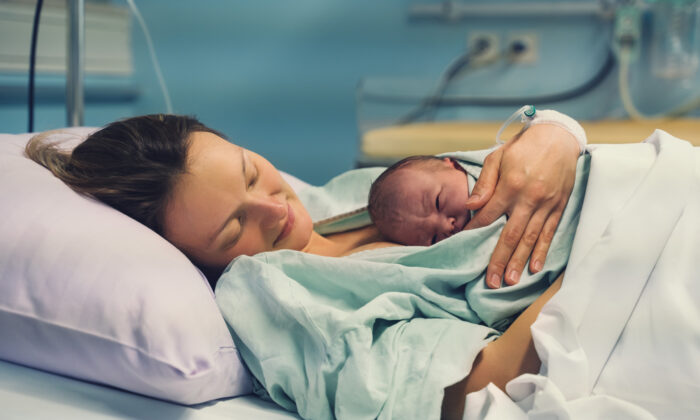 When fathers had used metformin within the three months before conception, their babies' risk of birth defects was about 40% higher. (Shutterstock)
Pregnancy

Babies born to fathers who were taking the common diabetes drug metformin may have a slightly increased risk of certain birth defects, a large new study suggests.

Among over 1 million babies born in Denmark, just over 3% had a birth defect of some kind. But that rate was roughly 5% among babies whose fathers had used metformin in the three months before they were conceived, the findings showed.

In particular, the medication was tied to a higher risk of genital birth defects, all in baby boys, according to the report published March 28 in the Annals of Internal Medicine.

Experts stressed that the study does not prove metformin is to blame, and there is no known mechanism to explain the connection. And men should not stop using their medication based on a single study, they added.

But the results do bring up a “signal” that should be studied further, Eisenberg said. On a broader level, he added, the study highlights the importance of understanding fathers’ influence on birth defect risks.

Metformin is an oral medication widely used for controlling high blood sugar in people with type 2 diabetes — a common disease that is often related to obesity.

In the United States alone, more than 37 million people have diabetes, most of whom have type 2, according to the U.S. Centers for Disease Control and Prevention. While it is most common in people older than 45, the agency says, type 2 diabetes is increasingly being diagnosed in younger adults and even children and teenagers.

Studies have found that when pregnant women have poorly controlled diabetes, their babies’ risk of birth defects rises.

Meanwhile, some research has tied diabetes in men to poorer sperm quality. But it has not been clear whether fathers’ diabetes is related to the odds of birth defects in their children.

Even then, Eisenberg said, a key question would be whether it is because of the diabetes or the medications used to treat it?

For the new study, the researchers turned to Denmark’s national birth registry, analyzing data on over 1 million babies born between 1997 and 2016.

The investigators found that when fathers had used metformin within the three months before conception, their babies’ risk of birth defects was about 40% higher, on average, versus the study group as a whole.

That three-month window is critical, Eisenberg said, because sperm take roughly that long to develop.

The researchers dug into other factors that might explain the link, including parents’ age, education level and smoking habits. But fathers’ metformin use remained tied to birth defect risk.

That still left the question of whether it was the medication or the diabetes.

There were some strikes against that notion, Eisenberg said. For one, there was no clear link between birth defects and fathers’ metformin use in the year before or after the three-month window before conception.

The researchers also looked at two other types of diabetes medication used by fathers in the study: insulin and drugs called sulfonylureas. Insulin use was not tied to birth defects.

On the other hand, there was an elevated rate of birth defects when fathers used sulfonylureas. But the finding was not “statistically significant” once the researchers weighed other factors — meaning it could have been due to chance.

However, an expert not involved in the study said the metformin finding could also easily be due to chance, or “confounding” due to other factors.

Dr. Anthony Scialli is a member of the Organization of Teratology Information Specialists. The group runs MotherToBaby, a free service that provides research-based information on the effects of medications during pregnancy.

Scialli explained that the study made many different comparisons, which increases the odds of chance findings. Beyond that, he said, genetic factors could be at play.

Scialli noted that the genital birth defects in boys would mostly be hypospadias, where the opening of the urethra is on the underside of the penis rather than the tip. And hypospadias, he said, often runs in families.

The researchers did do a comparison to try to account for genetics: They found that babies “exposed” to fathers’ metformin use had a higher rate of birth defects than their siblings who were not exposed.

But, Scialli pointed out, that difference was not statistically significant once the researchers adjusted for other variables.

“So both chance and confounding could explain these results,” Scialli said. “Causation seems unlikely given the lack of a plausible mechanism.”

Eisenberg agreed that the mechanism is unknown, and more research is needed. He also said the findings need to be replicated in other countries, including ones more diverse than the relatively homogenous Denmark.

The bigger point is that fathers’ health and exposures, and their potential impact on their children, should not be ignored, Eisenberg said.

“The health of fathers matters, too,” he said.

MotherToBaby has more on fathers’ exposures and pregnancy.

Amy has been a medical journalist since 1999. She was a staff writer and editor for Physician’s Weekly, Medical Tribune and Reuters Health, and has written on health and medicine for MSNBC, The Scientist, Prevention and other publications. When she’s not writing, she is teaching yoga or dancing.

This story was originally published by HealthDay site.