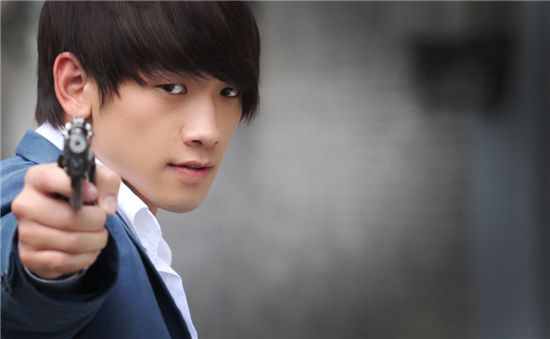 ‘The Prince’: “Rain” Co-stars in Run of the Mill Testosterone Flick With Tinge of Likability [Film Review]

The Prince stars Patric as Paul, a reformed crime syndicate assassin, and one-man wrecking crew, who is forced back into action after his teen aged daughter Meagan (Courtney B. Turk) turns up missing.

Paul hasn’t heard from his daughter in a number of days and that simply isn’t like her, so he moves to action to find where she is.  His first lead turns out to be Meagan’s friend Beth (Gia Montegna), a fast-laned, coke-head who serves as the first red flag for Paul that Meagan has latched on to the wrong crowd.

While Beth is at first nonchalant and uncooperative, she soon enough yields a turnabout after Paul offers her 500 dollars to go on a drive along to New Orleans to locate a man named Frank (Johnathon Schaech) who was the last man Meagan had been seen with.

It’s during their search for Frank that Beth realizes Paul isn’t anybody’s average dad. Paul handily takes down three bad-asses in a matter of seconds.  The beat-down results in Paul’s possession of one of their cell phones in which harbors Frank’s phone number.

From there Paul and Beth are finally led to Frank who insists Meagan is not with him but with a guy and place called “The Pharmacy” (Curtis “50 Cent” Jackson), a degenerate drug den.   The real war begins once Meagan is indeed located at The Pharmacy in a drugged-down stupor.

As it turns out Paul has no business in the New Orleans region since he mistakenly murdered the family of an enraged, vengeance-filled mob boss named Omar (Bruce Willis) who wants Paul dead and will spare no expense to make it happen.  Omar’s right-hand man and enforcer, Mark (“Rain”) advises Omar against his blood lust for Paul, but Omar will not hear of it.

What finally ensues are a bloody shoot-outs, not unlike the host of other testosterone flicks you’ve seen in the past.   Paul enlists the help of a former loyal comrade named Sam (Johh Cusack) who intends to aid in Paul’s escape from New Orleans.  In the process Paul has to do battle with The Pharmacy, Mark the enforcer (who is the first antagonist to give Paul a combative run for his money), and finally Omar.

BRUCE WILLIS, RAIN, AND JASON PATRIC fight it out in ‘THE PRINCE’

Paul, a super-mortal or sorts, who just can’t seem to get hit by the millions of rounds aimed directly at him, is well portrayed by Jason Patric.  While there isn’t much to this film penned by Andre Fibrizio and Jeremy Passmore, Patric makes lemonade out of this lemon and can be rendered mildly convincing in this role as a protective father on a rampage.

Willis and Cusack however,  simply serve up comic-bookish performances that may render audiences embarrassed for them.  Did they owe some industry person a favor?  Are scripts slow to come in to their agents?  How could they possibly allow themselves to be cast in such a dud of a film?  The answers…. we may never know.  Yet Curtis “50 Cent” Jackson delivers a solid cameo as The Pharmacy.  Go figure.   There is indeed a future for Jackson in the film industry.  All he needs in the right role.

Jung JiHoon (better known as the singer RAIN who starred in 2009’s  Ninja Assasin) won’t be winning any performance awards just yet, but there’s promise for him as he makes his mark outside of the martial arts genre and into action americana.  His performance was muted and smooth and served as a superb platform to launch him into whatever his next role may be.

Directed by Brian A. Miller ( House Of The Rising Sun), the truth of the matter is that while The Prince left very little to the imagination, the bottom line remains that this production succeeds in keeping its audience awake and in the moment of each scene.  There exists little-to-no down-time in this film, and this serves as the winning aspect for the lackluster production.

Indeed there will be enough men (as well as women) who will enjoy this film simply for the blood and grit factor and sometimes that’s enough.  After all… not every film can be a “Godfather.”

Three out of five stars.