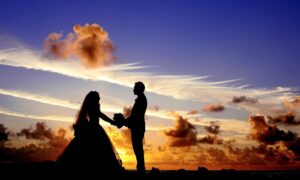 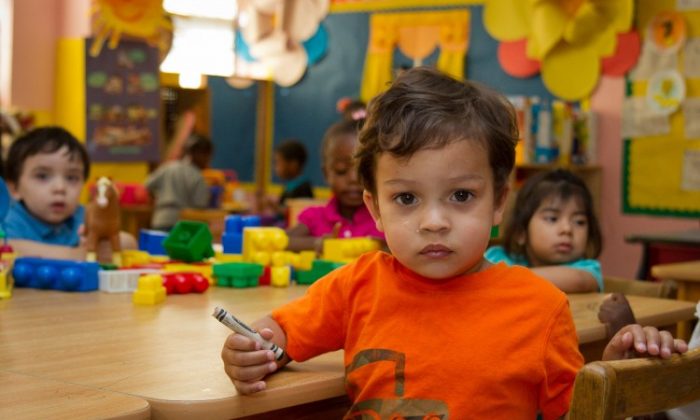 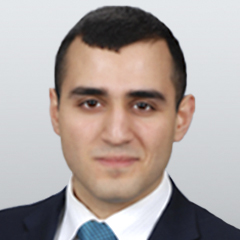 Human life is given meaning and sustenance by various forms of community: the church, the nuclear family, the extended family, fraternal organizations, businesses, etc. But as the state has grown, civil society has shrunk.

The state over the centuries has absorbed an increasing share of the resources, functions, and moral authority of these other institutions. In countries where the state succeeds in finally absorbing competing institutions, the result is totalitarianism.

One striking example of how the state has encroached on the domain of civil society in general and the family in particular is the care of the young and the old. Through its financing of day cares, K-12 schools, and nursing homes (among other options), the state gradually encroaches on what were once integral functions of the family. It inserts itself as a wedge between children, the elderly, and the rest of the family.

By supplanting the family in caring for the young and the old, not only does the state increase the role it plays in society here and now, it also erodes the competency of the family in the long term. By performing these functions in place of the family, the ability of the family to perform its former responsibilities atrophies and withers.

An institution, through long neglect of once essential functions, loses the knowledge and ability to perform these functions, and even the belief that this function belongs to its sphere. Care of the young and elderly gradually become accepted not as the role of the extended family but as one shared between the family and the state. And where the state gains a foothold, it rarely ever voluntarily relinquishes influence, but rather continues to grow.

A Look at the Tentacles

When I think of government-provided day care, I think of difficult-to-fire DMV employees entrusted with dozens of strangers’ six-month-old babies.

The Bolsheviks actively saw state-provided childcare as a way of destroying the traditional family. A 1974 New York Times article tells the story of working mother Zoya Idenko: “Under the highly subsidized Soviet day care system, Mrs. Idenko pays a modest 10.50 rubles ($13.86) per month—about one‐tenth of her pay—for six days a week of child care. She drops h,er [sic] boy off at about 8 A.M. and picks him up at 7 P.M. He gets three meals and a snack daily.

“‘I went back to work three months after my son was born,’ she said. ‘I could have waited a year legally and still kept my job, but it was difficult for me to bring up the baby and I wanted to get out of the house. My mother‐inlaw [sic] lives with us and she took care of him.’”

Whether Idenko was truly as cavalier toward her motherly duties as this quote suggests or needed to return to work out of material necessity is unclear. Thankfully, in this story, there is a remnant of the extended family in Idenko’s mother-in-law, who stepped in and gave the child some filial attention.

The United States follows in the footsteps of its defeated rival. For fiscal year 2020, $5.826 billion was devoted to funding the Child Care and Development Block Grant (CCDBG). The recent CARES Act allocated another $3.5 billion for the CCDBG, which “provides subsidies to assist low-income families in obtaining child care so that parents can work or participate in education or training activities.”

Naturally, the situation is even worse in France, where the state provides 80 percent of the funding for the childcare system, in which “From the age of 2½ months to 3 years, a child can be placed in a crèche.” These “crèches” are various types of child care facilities that are found in “All cities, towns and some villages” and operate 11 hours daily.

About 1.3 million Americans live in nursing homes rather than with their families. In fiscal year 2010, 66.6 percent of the $207.9 billion of spending on long-term-care expenditures came from the government.

This includes government spending on nursing homes, as well as funding for other types of long-term care like home health services. However, even when the state uses taxes to hire a health care worker to provide assistance within the home, this still helps to replace the family in providing this assistance.

In other countries, the state does even more to force resources away from the family and into nursing homes and other forms of state provision for the elderly. In Norway, Sweden, Denmark, Finland, Germany, Japan, Korea, the Netherlands, and Luxembourg, the state uses taxes to fund universal long-term care.

The Vampirism of Double Taxation

What is so harmful about using taxes to fund these services? Some families who would prefer to take care of their children and elderly parents themselves in their own homes are stripped of the resources they would have used to do so, as these resources are taxed away to pay for day care and nursing home subsidies, government schools, etc.

What About the Poor?

When the state pours resources into an output, it hasn’t summoned these resources ex nihilo. It’s taken these resources from society, and so, the employers, family members, and charities that would have ushered the poor into the middle class are all left less able to do so. The state takes from the left pocket of society and gives to the right pocket, minus the share that covers the salaries of the bureaucrats who arrange the transfer and whatever is lost through fraud, corruption, and incompetence.

When it comes to efficiently serving the poor, civil society makes the state look like a slow-motion train wreck. In an article published in the Journal of Libertarian Studies, James Rolph Edwards states: “Robert L. Woodson … calculated that, on average, 70 cents of each dollar budgeted for government assistance goes not to the poor, but to the members of the welfare bureaucracy and others serving the poor …

“In contrast, administrative and other operating costs in private charities absorb, on average, only one-third or less of each dollar donated, leaving the other two-thirds (or more) to be delivered to recipients.”

The decline of the family is caused in part by the state and in part by much deeper issues. Half of the solution is to work to end state subsidies for the replacement and dissolution of the family. The other half is to not wait for this to come about, but rather to fight now in our own lives and take care of those closest to us, despite the obstacles.

Gor Mkrtchian is a research assistant at the Free Market Institute and a Ph.D. student in the Department of Political Science at Texas Tech University. He received a B.A. in political science and theater studies from Yale University.