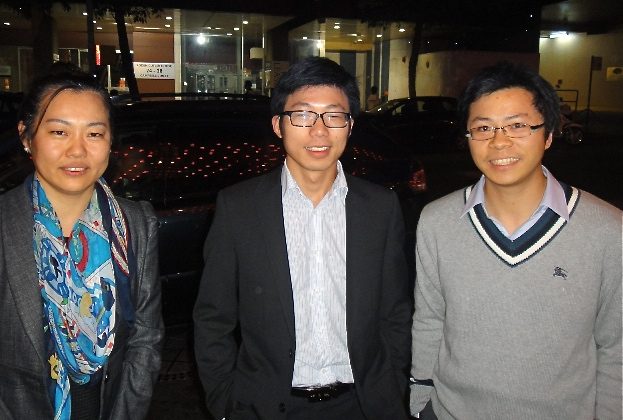 SYDNEY—Sydneysiders from different professions attended the performance of Shen Yun Performing Arts New York Company staged at the Capitol Theatre on Thursday May 3, during its Oceania leg of its 2012 world tour.

Retired surveyor Graham Boler was immersed in the beauty emanating from the stage.

Mr. Boler especially enjoyed the drumming in the opening number, and just loved the last segment, Before the Disaster, the Divine is Rescuing, saying, “Just beautiful and wonderful movement,” he said.

He appreciated the lyrics of the songs illuminated on the dynamic backdrop sung in Chinese by soprano, Chia-Ning Hsu, tenors, Tian Ge and Hong Ming.

Also in the audience was Ahmet Turkmem, who works for Customs. He described the orchestral blend of ancient Chinese and classical Western instruments as “very nice, very rich music.”

“Actually, I like the music because the music is international, not just like popular local [music],” he said.

Of Turkish descent, Mr. Turkmem could relate to the legendary stories of China’s ancient lands, choreographed to match the backdrop scenery and music.

Giving his name only as Jerry, a design engineer who works for a world water treatment company, was at the performance with eight work colleagues.

“It was great, the dance was great and I like how with the animation, the people popped up from the screen,” he said, captured by the animated hi-tech backdrop scenes that interacted between stage and screen. “The graphics effect … the animation as well.”

Jerry was with Sophie who works in the accounting department for the same company. She saw Shen Yun in 2007 in New York and liked the presentation so much that she introduced the New York-based Shen Yun to her colleagues.

“The dances were really attractive,” Jerry said. “I think that’s what really affected me most. All the flips and everything, I think they were great!”

Classical Chinese dance has a long history of thousands of years and while soaking up profound wisdom from every era and dynasty, it has become a complete system of dance, embodying traditional aesthetic principles, the company website says.

Another group of friends, Roger, Ian, Stacey and Anna, found out about the show from a pamphlet in their mailbox.

Roger, a consultant investor, said he was “very impressed by the dancing, the choreography, the athleticism of the dancers, and the beauty of the presentation.”

Ian, a professor, was taken by the “stunning technical effects,” while Stacey commented on the “fabulous” costuming.