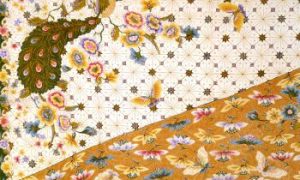 PHILADELPHIA—A multinational collaboration of law enforcement agencies in the United States, Germany, and Canada recently led to the arrest of four brothers on charges of smuggling young Ukrainian immigrants into the United States for forced labor.

The joint announcement was made by Assistant Attorney General for Civil Rights Thomas E. Perez, U.S. Attorney Zane David Memeger of the Eastern District of Pennsylvania, FBI Special Agent-in-Charge Janice K. Fedarcyk of the Philadelphia Field Office, and ICE Special Agent-in-Charge John P. Kelleghan. A fifth brother remains at large in Ukraine, a country that has not entered into an extradition treaty with the United States.

“Human trafficking is a scourge that denies human beings their fundamental right to freedom. Those who prey on the most vulnerable through force, fraud, or coercion will be investigated and prosecuted to the fullest extent of the law,” said Assistant Attorney General Perez in a press release.

According to the indictment, the defendants promised the victims $500 per month salary with free room and board by working for the Botsvynyuk brothers.

Victims were brought into the United States illegally via tourist visas to Mexico and forced to work as janitors in retail stores like Target and Walmart, private homes, and office buildings without pay.

Physical abuse, sexual assault, debt bondage, and threats to family members were used to keep the victims in custody.

“It is an ongoing investigation that is pending trial,” said J.J. Klaver, media spokesperson for the FBI Philadelphia Field Office. The case is being jointly investigated by the FBI and ICE (Immigration Customs Enforcement), with the assistance of the police departments of Pennsylvania, Toronto, and Berlin, and the Ukraine Security Service.