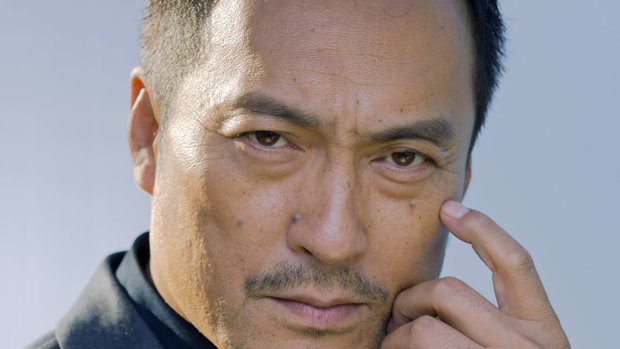 Ken Watanabe to star in The King and I
News

Ken Watanabe Broadway Debut as The King in ‘The King and I’… Oh Yes!

NOTHING BORES ME MORE THAN A STAGE PRODUCTION.  While I can better stomach a musical it remains that Broadway simply isn’t my cup of tea.  What attracts me to stage productions is limited to the opportunity to see a favored actor or actress up close and personal.  Even then I’d as soon miss it than see it.  But now the master thespian to end all master thespians is finally set to grace the Broadway stage as the king of Siam in latest 2015 Broadway production of Rodgers and Hammerstein’s “The King and I.” That master thespian is the sexy, and ever-so-genteel Ken Watanabe.   Yes! Yes! Yes!  Okay… let me collect myself.

One would have thought that Watanabe had already performed on Broadway but apparently not.  In any event, I’m not going to miss this.  For my money Watanabe was born to play the coveted lead in this classic production.  He’s got the performance polish, natural good looks and that near intimidating air of authority and nobility to properly pull it off.  Watanabe starring as the king of Siam is simply Broadway at its absolute best.

Watanabe first caught my attention in 2003 when he co-starred alongside Tom Cruise in the epic film “The Last Samurai” as the chief Samurai warrior Katsumoto.  The role brought Watanabe international acclaim and garnered him an Academy Award nomination for Best Supporting Actor. Since then he has appeared in numerous U.S. productions including “Inception”,  “Batman Begins”, and “Letters From Iwo Jima.”  But Watanabe’s international filmography dates back to 1983.  He was no stranger to acting when we first began to widely recognize his face via “The Last Samurai.” This being said, Watanabe remains under-celebrated in the U.S., and his lead in “The King and I” may be just what the doctor ordered.

Watanabe as Saito from the film “Inception”

Previews for “The King and I” will begin today, and the production will officially open on April 16 at the Vivian Beaumont Theater on West 65th street. Watanabe will star along side Kelli O’Hara (“Peter Pan Live”).   Did I say Ken Watanabe is starring as the king!???  Be still my beating heart!  I’m going!!!