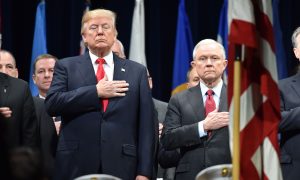 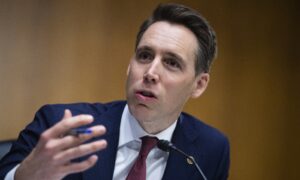 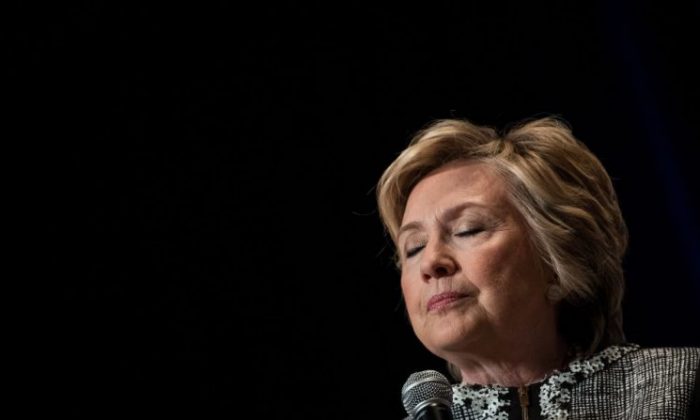 Hillary Clinton Now Facing 3 Investigations, May Be Part of a 4th

Former Secretary of State and presidential candidate Hillary Clinton is being investigated in three separate probes by the federal government and could be part of a fourth inquiry, according to official sources and media reports.

The Justice Department launched a new investigation to determine if the Clinton Foundation collected donations that resulted in pay-for-play politics and other illegal activities while Clinton served as the Secretary of State, The Hill reported on Thursday, citing anonymous law enforcement officials.

FBI agents in Arkansas, where the Clinton Foundation was founded, are leading the investigation and have already interviewed at least one witness, with more work expected in the coming weeks.

Investigators are looking to secure evidence that Bill and Hillary Clinton performed policy favors in exchange for donations to the foundation. The agents are also looking into whether Clinton Foundation donors contributed money with the expectation of government action by the Clintons.

A number of investigative reports and a book have been published over the course of several years detailing how multi-million dollar donations streamed into the Clinton Foundation around the same time that decisions favorable to donors were made by the State Department under Clinton.

2. Use of a Private Email Server

President Donald Trump continues to criticize Hillary Clinton’s use of a private email server to conduct sensitive government business during her time at the head of the State Department.

The investigation of the matter appeared to have concluded just before election day in 2016 when then-FBI director James Comey exonerated Clinton of any wrongdoing.

But subsequent findings have caused the Justice Department to explore “whether any issues from that probe should be re-opened,” The Hill reported on Thursday.

Comey’s original letter of exoneration was edited by anti-Trump FBI lawyer Peter Sztrok and other subordinates to remove several mentions of “grossly negligent,” a legal term supporting a felony violation for mishandling classified information. The letter, as well as the revisions, was made public on Dec. 14.

Officials who spoke to The Hill’s reporter, John Solomon, cautioned that the inquiry is “not at the stage of a full investigation.”

Millions of dollars poured into the Clinton Foundation from people who benefited from the approval of the deal by Hillary Clinton’s State Department, while Bill Clinton received a $500,000 speaking fee from a Russian bank linked to the transaction, The New York Times reported.

An FBI informant had evidence of illegal activity by Russians trying to corner the U.S. uranium market a full year before the deal to sell Uranium One was approved in 2010, according to The Hill. But prosecution based on that evidence did not begin until 2013, years after the deal was approved by the Obama administration.

Hillary Clinton may also become ensnared in an investigation into the Obama administration’s ending of a massive investigation into how the Iranian-backed Hezbollah terrorist group trafficked hundreds of millions of dollars of cocaine to the United States to fund its activities.

The circumstances surrounding the killing of the investigation were detailed in a bombshell Politico report published in December. According to Politico, the Obama administration’s decision to sabotage the investigation enabled Hezbollah to operate “the largest material support scheme for terrorism operations the world had ever seen.”

Hillary Clinton may come under the crosshairs of investigators since she was head of the State Department at the time when the Obama administration worked to quash the probe.

“Further complicating the picture was the role of the State Department, which often wanted to quash both law-enforcement actions and covert operations due to the political backlash they created,” Politico reported.