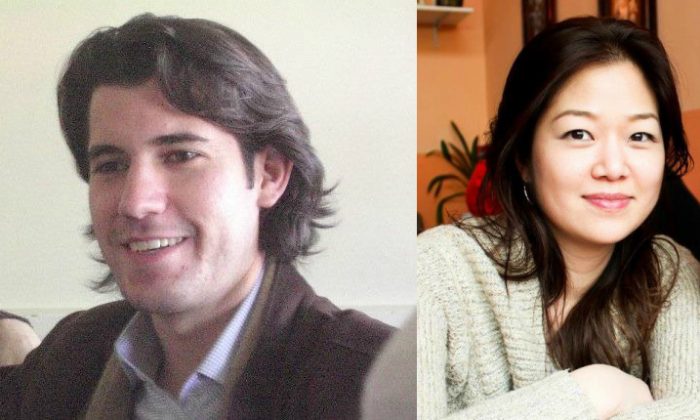 OKAY, I’M FORCED TO ADMIT IT…  I’m a Foodie, and if there’s anything I love as much as life in New York City, it would have to be food.  New York food in particular.  From  Shake Shack and Junior’s and 99 cent Sliced Pizza, to The Palm and The Water Club, the only thing as splendid as  living in New York City  is dining in New York City.   Moreover,  the only thing better than dining in New York, is sharing that culinary experience with your romantic partner.  New York filmmaker Justin Ambrosino and producer Soojin Chung have married all three of these cultures and fashioned them into a New York based feature film on love and food, entitled Hungry For Love.

Shooting exclusively in all five boroughs of New York City, Hungry For Love is the story of Giovanni and Priscilla, two  New Yorker’s struggling with their  own life-challenges who meet and connect via their passion for food.   Priscilla is doctoral graduate trying to write her first book.  She is slightly overwhelmed by her student debt. Giovanni is a Superstorm Sandy survivor and a pastry delivery driver with dreams of traveling the USA on a food crawl.  The twosome realize that they both share a passion for food and on a whim, decide to  embark on an all-night, five-borough dining escapade before being forced back to the reality of life at  hand.

With the support of Sundance, IFP. and Filmmaker Magazine behind the film,  Hungry For Love will take audiences on a New York City, five-borough dining adventure featuring unique cuisine from every borough.  This is something that has never been done in a feature film production.  I’m salivating just thinking about seeing this film.  This is a real New York  food film that will attract foodies, chefs and restaurateurs alike.

Written and Directed by Ambrosino, this film is currently in pre-production and seeking additional funding via Kickstarter.com.  The Hungry For Love Kickstarter page  is where you can donate funds to contribute to the completion of this film. Ambrosino has his roots in the restaurant industry, but after a near fatal automobile accident he decided to pursue his passion of filmmaking, and he hasn’t done half bad.   The Staten Island native graduated from the American Film Institute where he received the prestigious Patricia Hitchcock O’Connell Scholarship.   Ambrosino’s short, The 8th Samurai won more than 20 jury awards worldwide and qualified for the Academy Awards Shorts Category.  Ambrosino was also an assistant on numerous films such as The Departed, Lord of War, and The Producers.

Hungry For Love will be Ambrosino’s feature debut, and the film has been embraced by producer Soojin Chung.

Chung produced “Escape from Tomorrow” which premiered at the Sundance Film Festival in 2013. The LA Times called it “one of the most provocative movies ever seen” and Variety said, “Its cult status will remain immortal”. “Hungry for Love” will be Soojin’s feature film follow-up. Previously, Soojin worked on eight major feature films including Park Chan-Wook’s Venice winner “Lady Vengeance”. She also participated in the IFP Trans Atlantic Partners Program, Film Independent Project Involve, Tokyo Talent Campus and the CAAM Fellowship. In 2013, Chung was awarded one of the Best New American Filmmakers by the Vilchek Foundation.

Kickstarter notes that there are only 8 more days left for this production to reach their target goal. The filmmaking team is seeking funding for casting, location, and legal fees.  Make sure you hop on to this fundraising site to make your contribution now towards this cinematic winning combination of  food, love, and New York City.