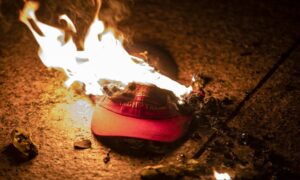 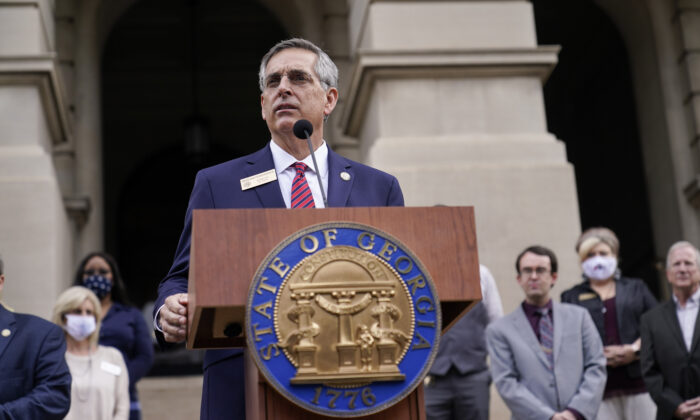 Can the Georgia Senatorial Runoff Possibly Be Trusted?

“Georgia, Georgia…” it’s on everybody’s mind—not just Ray Charles’s—these days because of its senatorial runoffs on Jan. 5, 2021, that will determine the ideological bent of this country, possibly for years to come.

As we wait for this cataclysmic event, biting our nails, many of us insomniac, that state is in the midst of a recount of its presidential election that’s surfacing “irregularities” in several counties, notably Fulton, which includes parts of Atlanta and has a population of about a million.

Those “irregularities” have been ascribed to “managerial sloppiness” and “chain of custody issues” by anonymous persons known as “officials.”

Are they—or are they something worse?

Georgia Secretary of State Brad Raffensperger assures those concerned by the repeated warnings of Trump attorney Sidney Powell about Dominion voting machines—the ones used by Georgia and many other states, not to mention myriad countries across the planet, that, it is said, were originally designed actually to fix elections—have nothing to worry about.

According to Raffensperger, an audit conducted by Pro V&V, a “voting systems company”—sorry for the excessive use of scare quotes, but that’s the world we live in—“found no evidence of the machines being tampered.”

Note the use of the word “tampered,” which ignores the possibility that the results were predetermined by the machines and didn’t need tampering.

This isn’t impossible since the evidence already offered up by Powell in the form of signed affidavits from a former high-ranking Venezuelan military officer working for Hugo Chavez and Nicolás Maduro who alleged Chavez had involvement in the development of Smartmatic and also alleged that the same software “is in the DNA of every vote tabulating company’s software and system.”

The incestuous relationships between these voting machine and software companies are so complex they border on the Talmudic—unfortunately, however, not at all when it comes to morality. As far as we know now, they were constructed and orchestrated to attract fortunes from would-be dictators and global conglomerates.

Is that what happened here in Georgia, and a number of other states?

Put this down in the category of “incredible, but possibly true.”

Yes, we can italicize possibly because we don’t know yet. But if it’s true, almost any expletive you can think of is an understatement.

Powell speaks of the process of uncovering this as “Releasing the Kraken,” a phrase I was unfamiliar with but evidently describes a mythological underwater sea monster of Norwegian provenance that would destroy the world as we know it.

And it could, at least invalidate the presidential election or reverse it, Supreme Court permitting. But that’s a big if, considering how reluctant SCOTUS is to put its finger on the scale of such elections, and justifiably so if we believe in the separation of powers.

Powell and her ally Lin Wood, two superb attorneys with great and honest track records, better have the goods on this massive cybercrime. The Supremes aren’t going to be interested in anything as ye olde as dead voters.

Where does that leave us with Georgia?

We have to face up to that, or, as El Pito put it in 1965, Afro-Cuban-style, “I’ll never go back to Georgia.” (Ironic, isn’t it, that both Ray Charles and El Pito are referring to a woman and not the state?)

Are the computers there going to be functioning any better, the software corrected, the so-called back doors slammed, by Jan. 5?

And equally, if not more importantly, just who or what is Pro V&V and why were they selected to give the imprimatur of accuracy to the Georgia voting system on the first go-round?

The answer, my friend, isn’t blowing in the wind or even on DuckDuckGo or Google—where I went reluctantly when the former showed very little. Unfortunately, so did the latter.

Pro V&V, apparently founded in 2011 in Huntsville, Alabama, is about as a prominent on search engines as your local dry cleaners, assuming it’s an independent.

There are about four or five citations that tell us very little, except that they are accredited, until you get to headlines trumpeting the company giving a clean bill of health to the Georgia election. These are almost all from news organizations that cite Secretary of State Raffensperger.

It’s as if Pro V&V did nothing between 2011 and 2020 when it ratified the Georgia election, at least nothing that merited an early citation on Google.

As for Raffensperger himself, he’s become embroiled in a dispute with Sen. Lindsey Graham (R-S.C.) over the corroboration of ballot signatures in the state and has run to CNN, of all places, for cover.

The current recount of the presidential election in Georgia doesn’t include signature verification, which makes it, frankly, absurd.

The Georgia GOP, including the state’s governor, doesn’t seem to be on the side of the president, but more in the self-preservation mode of a high-tech version of the corrupt old Southern politics out of a Robert Penn Warren novel.

As for the question in my headline about whether we can trust the forthcoming senatorial election, at this point, it’s impossible to answer in any way but the negative.