Would See Shen Yun Again Tomorrow If It Were Possible 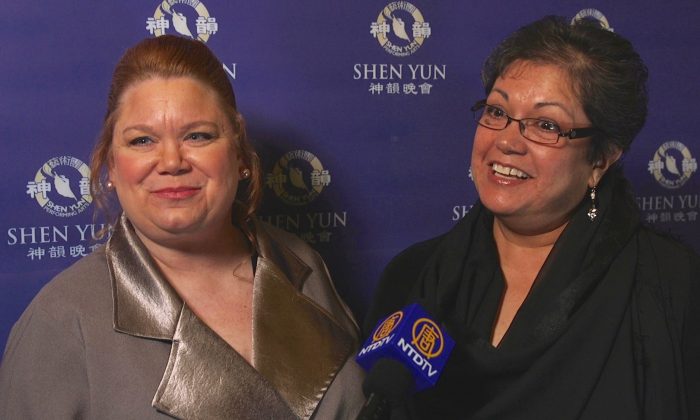 What she saw performed by the classical Chinese dance and music company was a program that inspired hope—a hope from our human heart’s desire “to live in peace and harmony and to see beauty in all things, especially the beauty around us, not made of human hands but made by divine hands.”

Showing the divine hand in human affairs and in the beauty of the world is very much at the heart of Shen Yun’s purpose. The translation of the term Shen Yun means, “the beauty of divine beings dancing,” and each of the 20 pieces that make up the program reveals the traditional Chinese belief—a belief that lasted nearly 5,000 years—that man, nature, and the divine coexist in harmony.

“Just beautiful, heavenly,” Ms. Carpenter said of the costumes, which, along with the large group dances provided a performance filled with pageantry.

These spiritual elements of the culture weren’t really known to Ms. Carpenter before seeing Shen Yun: “I think I’ll probably think about China a little bit differently now, I think I’ve been educated tonight, so that was really good,” she said on March 12.

The marketing director for a national insurance company attended the performance of Shen Yun Performing Arts with Alicia Smith, the pastor of Neva Shalom, a messianic Jewish congregation in Rockford.

Ms. Smith also noted some of the spiritual themes in the performance. She saw the struggle of good versus evil, chaos versus order, and just the encouragement to make the right choices in life.

She took away a message that there is “faith in freedom, faith in a power greater than ourselves, and faith in peace and hope.”

Ms. Smith is the artistic director of a dance team that performs the dances of Israel, and she understands the importance of sharing one’s culture. The traditional culture that Shen Yun shares on the world’s stages is at risk today in China. In fact, Shen Yun is undertaking a renaissance of the millennia of Chinese culture that has been nearly destroyed since the communists took power.

And, as both a musician and dancer herself, she felt competing desires to watch the orchestra in the pit and dancers on stage.

“I didn’t know which I was supposed to look at. It was so much to take in and it was just beautiful. If I could, I’d come tomorrow to see it again,” she said.