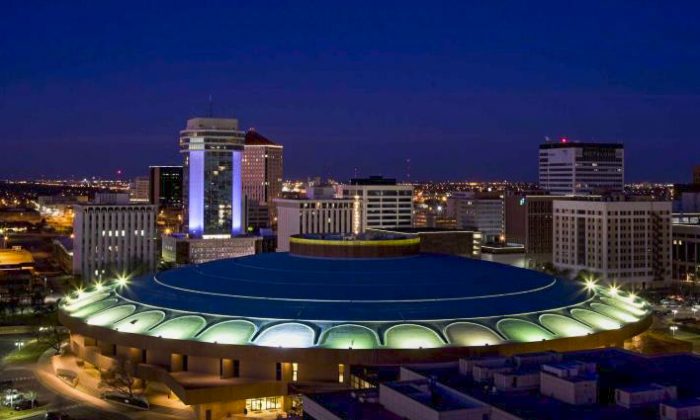 WICHITA, Kan.—Shen Yun was the best birthday and Mother’s Day present Sherry Ruberson-Lancaster had ever gotten. “It was so beautiful, and amazing, wonderful,” the retired teacher said on May 3 after the performance.

Ms. Ruberson-Lancaster’s daughter, Kerry Majher, accompanying her mother to the Concert Hall of Century II Performing Arts & Convention Center, who is Community Business Development Manager at local Barnes and Noble and co-founded Princesses on the Prairie. It’s a non-profit that has storytellers dress up as princesses, travel to local libraries, and read stories to children.

Given all the dressing up she does as a storyteller, Ms. Majher focused on and was enamored with Shen Yun’s costumes.

“I loved it,” she said of the overall production. “I love the music, I LOVE the costumes. I always notice them in productions. These are beautiful—the colors. A lot of them sparkled. We were in the balcony, kind of far away, but we can still see. Gorgeous, beautifully done,” she said.

According to Shen Yun’s website the 400 Chinese costumes are the result of 18,976 hours of “drawing, cutting and sewing, more or less. Of course, they’re all handmade and often hand stitched.”

“I was just impressed. I was in awe at what they have done,” Ms. Majher said.

Her mother was not only amazed by the production, but also deeply touched: “I think it’s really sad that people in China have to fly out of China to see a performance like this. I mean, [it’s] their history and they’re losing it and that’s sad.”

Shen Yun Performing Arts is based in New York because, although it showcases Chinese performing arts, tells Chinese legends, stories, and history; features Chinese instruments that gives the original music performed by a mostly Western orchestra its nonetheless distinctively Chinese sound; and despite its purpose of restoring to glory China’s golden age of traditional culture, it cannot be perform in China.

“I can’t say a polite word for the people who are destroying things,” Ms. Ruberson-Lancaster said sorrowfully. She feels that destroying a culture is destroying what belongs to the world.

But despite the few dances that depicted the communist party’s attempts to destroy Chinese culture and repress people’s faith, Ms. Ruberson-Lancaster came away with positive feelings.

“All the negative things they showed, but there was still hope, … and I think that was the most wonderful thing about it,” she said.