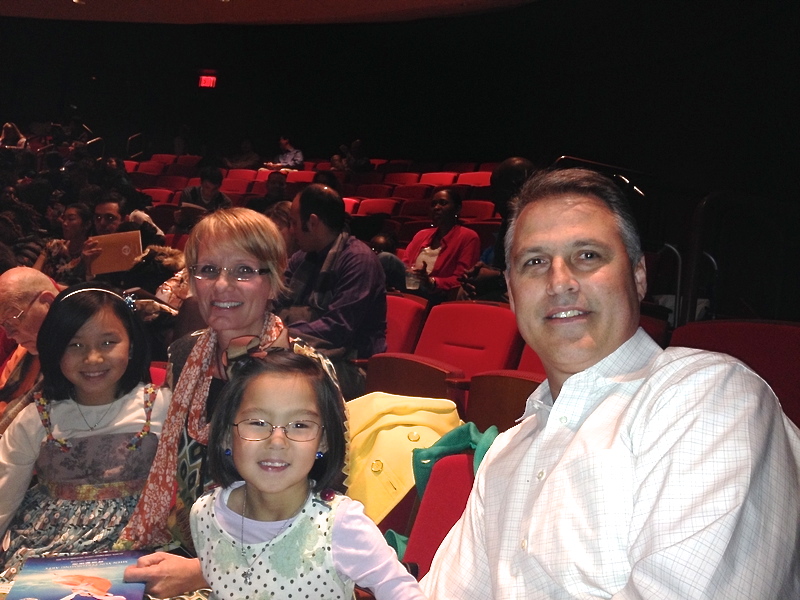 Shen Yun: Something for Everyone

Shen Yun seeks to revive the 5,000 years of traditional Chinese culture that’s been nearly wiped out by the communist regime over the past 60 years.

Mr. Sisler said he was especially impressed by the original costumes donned by Shen Yun’s dancers. “The costumes are unbelievable, very entertaining,” he said.

“Shen Yun’s costume artists collect countless designs of traditional attire, ranging from those of emperors, ministers, and generals to the everyday clothing of the common people,” reads Shen Yun’s website. “They use bright colors to tailor and recreate hundreds of new pieces each season.”

Mr. Sisler, who has two adopted daughters from China, said it’s important to keep them involved with their ethnicity. “Because we have Chinese girls, we kept them involved in their culture,” he said. “We are trying to let them know they are part of this and let them grow with this.”

“Everything was beautiful,” Ms. Boone added.

Also in attendance with Ms. Boone was Scott Boone, a law professor at the John Marshall Law School in Atlanta.

“I really enjoyed it so far,” said Mr. Boone. He added that he was especially impressed by the silk flowing from the Shen Yun’s world-renowned, classically trained dancers. “It’s been very visually stunning,” he said.

Another aspect that Mr. Boone appreciated was the state-of-the-art backdrop. “We were saying earlier that we really like the use of the backdrop, where they would integrate the sort of computer graphics and the video with what was happening on stage to help tell the story,” he said. “Which is something you don’t see very often.”

Shen Yun’s backdrop serves as an extension of the stage, transporting the audience to a world where heaven and earth are one.

“It helps with the explanation,” Mr. Boone concluded. “The use of the video screen and with the dancers on the stage, I think it does a good job of telling the story.”

With reporting by Michael Fitzgerald