President of IBM Academy of Technology: Shen Yun is Marvelous 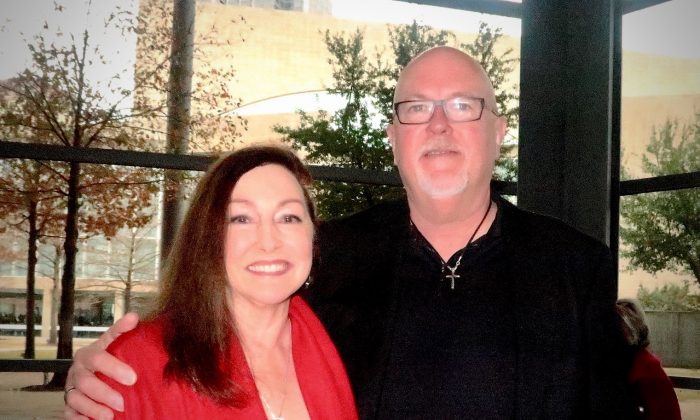 DALLAS—Susan Smartt is the president of the IBM Academy of Technology. She and Milton Smartt went to see Shen Yun Performing Arts in Dallas on Jan. 13 at the AT&T Performing Arts Center–Winspear Opera House.

“It was great,” said Milton Smartt. “Really enjoyed it.”

“It’s marvelous,” said Susan Smartt. “I’ve wanted to see it for some time, and it was very good. Very good.”

Shen Yun Performing Arts was formed in New York in 2006 and has toured the world with a new production every year. This year the growing company, now with six groups, will tour over 130 cities around the world. But none of those cities are in China.

Smartt has been to China and said it was thought provoking that Shen Yun cannot perform there. Indeed, Shen Yun performers would face political danger if they entered communist China with the intention of promoting the 5,000-year-old Chinese culture. The culture was violently suppressed once the Chinese Communist Party (CCP) took power in China, through campaigns like the Four Olds.

Additionally, the Communist Party of China (CCP) has even routinely tried to interfere and stop Shen Yun from performing outside of China.

In Shen Yun’s third year the CCP continued with this strategy to stop Shen Yun, and also had overseas Chinese embassies and consulates put political pressure on theaters. Now Shen Yun’s popularity has reached a critical mass, and the world is rapidly learning about the traditional Chinese culture: traditional, spiritual, and perennially attacked in China by the communist regime.

Smartt said her favorite aspect of the performance was the expression of culture. Shen Yun draws from a long Chinese history, and through classical Chinese dance, a live orchestra of Chinese and Western instruments, and solo performances, it expresses the ancient Chinese culture.

Smartt’s favorite piece was “Goodness in the Face of Evil” which is a performance set in 21st century China, depicting the persecution that many people face in China by the regime.

“Just the fact that there is such persecution now going on in China, in today’s times,” said Susan Smartt. “[It was] just very dramatic. I think they did a very good job of capturing emotions.”

“I think that those types of efforts are what keeps a culture alive, and keeps the ‘living storytelling’, if you will,” Susan Smartt said.