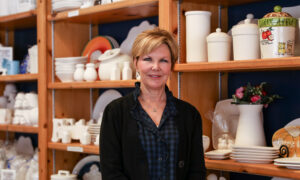 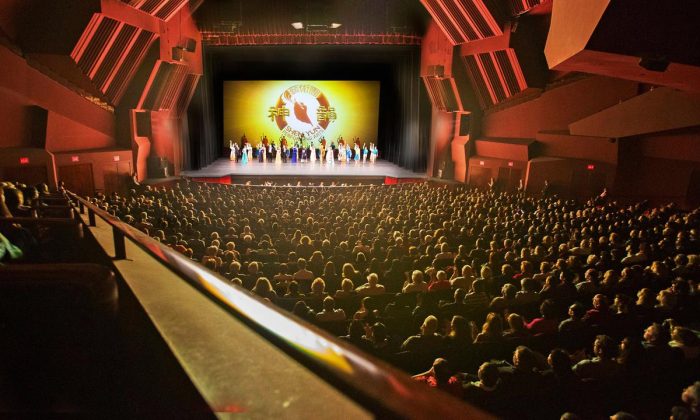 Shen Yun performance at the Segerstrom Center for the Arts in Costa Mesa, Calif. on April 13, 2016 (Minghui.org)
US Features

Recently, the general public has begun to recognize how the Chinese regime works to try to influence opinion in the United States and around the world. But even the well-informed may be surprised to learn that one of the Chinese Communist Party’s main targets is Shen Yun, a world-class Chinese dance and music performing arts company.

Xiang Dong, who has helped to present Shen Yun in the Washington area for more than 10 years, has seen how far the regime will go in order to try to damage the company.

The regime’s motives for doing so are not hard to understand. Since the CCP came to power in 1949, it has sought to destroy traditional Chinese culture. Shen Yun’s mission is to bring that culture back to life. The regime’s hostility is, Xiang said, “natural” to it. But he believes its attempts to interfere with the performing arts company will not succeed.

In the first two years after Shen Yun began, the CCP sent more than 60 performing arts troupes to the United States to try to compete with and defeat Shen Yun. There was one glaring problem with this strategy: The quality of the CCP’s shows was poor, so audiences weren’t interested.

Then, Xiang said, the CCP started using other means, seeking to influence others to do its will. Chinese embassies and consulates played a central role.

Chris Norby, a former chairman of the Orange County Board of Supervisors in California, still remembers receiving a letter from the Chinese consulate general in Los Angeles in December 2007 warning him not to support in any way the Chinese New Year Gala, the former name of the company that became Shen Yun. The letter explained that the show had support from practitioners of the spiritual discipline Falun Gong. The CCP has persecuted the practice since 1999.

Norby felt offended by the letter and showed it to the Los Angeles Times. In an interview with the paper, he said that the letter amounted to “an attempt by a foreign government to dictate to American elected officials what organizations we should support, recognize or associate with.”

Norby told The Epoch Times that he was initially surprised that the Chinese consulate general would try to “influence someone on what seems like a very trivial matter” in such a “clumsy” way.

Norby said that the CCP’s way of behavior resulted from its lack of legitimacy. “I don’t know how they are going to solve it. Because it [China] is controlled by one party, which based its legitimacy on the historical inevitability of communism, but nobody in the party believes that. With a pool of atheists, nobody believes communist doctrine, but they still have this power of influence,” Norby said.

Like many Americans offended by the CCP’s heavy-handed efforts, Norby did the opposite of what was asked. He went to the show, and he was blown away. He found it “very beautiful, very colorful, very dramatic, [with a] very high level of artistic talents.”

Jim Naugle, a former Fort Lauderdale mayor, received a similar letter, also in December 2007, from Consul General Qiao Hong of the CCP Consulate General in Houston. In the letter, Qiao Hong threatened Naugle, saying that if he supported the performance, his “personal reputation” would be negatively affected.

Naugle said that was not the only time he received a letter from the Chinese consulate. After he once invited Lu Hsiu-lien, former vice president of Taiwan to visit Fort Lauderdale, and after Fort Lauderdale established a sister-city relationship with Kaohsiung City in Taiwan, the CCP consul also made known that “they weren’t happy about these either.”

Xiang said that in addition to using “official” channels, the CCP has also adopted other, “unofficial” means.

For instance, theaters scheduled to host Shen Yun began receiving irrational emails full of nonsense or threats, with the senders claiming to be Falun Gong practitioners. The emails were a clear attempt to scare the theaters away from doing business with Shen Yun.

In some more extreme cases, thugs were hired to cut the tires of Shen Yun buses, to apply corrosive chemicals to the accelerator and braking system to cause an accident, or to tamper with the fuel tank to cause leaks, and so on.

Xiang said, despite all this, Shen Yun keeps growing every year. It now has five companies, which in one year tour more than 155 cities in 18 countries, playing before a million audience members.

Recently, a question about Shen Yun appeared in the live entertainment category of the “Jeopardy!” TV program on CBS. “This shows how popular Shen Yun has become,” Xiang said.

Correction: A previous version of this article mistook the gender of Xiang Dong. The Epoch Times regrets the mistake.