Preserving Traditional Culture Is Essential for the Future 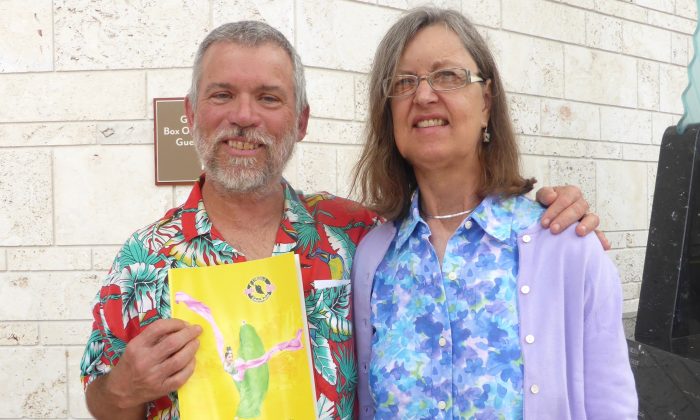 FORT LAUDERDALE, Fla.—Every teacher and parent knows that whatever we wish to pass down to the next generation is worth preserving. Some are fighting to preserve our environment, some struggle to preserve their language, some are risking their lives to preserve freedom of belief.

Shen Yun Performing Arts is on a mission to preserve the 5,000 years of traditional Chinese culture. This culture, according to the company’s website, was passed on by the divine to the people on earth. This is why China was known as “Shen Zhou” or “The Divine Land.”

Although in China today there’s little left of the traditional culture, since much of it was destroyed by the communists during the ’60s, Shen Yun is daringly reviving this culture through music and dance on the world’s big stages.

“We’re very, very excited that people are still doing this, and future generations can see this,” Bill Detzner said after seeing the show at the Broward Center for the Performing Arts on Jan. 10, 2016.

Mr. Detzner attended Shen Yun with his wife Jenny, both lifelong educators who are now enjoying retirement. They’ve been coming to experience the culture Shen Yun brings for the past three to four years.

“It’s good [to showcase this], because where else can you see this? And if people don’t do it, then it’s lost forever,” Mr. Detzner said about the importance of reviving the almost lost traditional culture of China.

Karl Anderson, a communications technician at AT&T, agreed that the younger generation is in need of learning history and preserving culture.

“If you don’t know your past, then you really don’t know where you’re going,” Mr. Anderson said.

Mr. Anderson’s daughter Krystin was delighted at the opportunity to attend Shen Yun and learn more about traditional Chinese culture.

She’s been learning Chinese in school. “I really love it, and I got immersed in it. So, every chance I get to learn something else, I just really enjoy it,” she said.

‘There Should Be Freedom of Belief’

No matter how much audience members comprised of local officials, renowned artists, or even world leaders praise Shen Yun, the performance cannot be seen in mainland China. The company explains that this is because China’s Communist Regime, which is still the ruling political party in the country, has been trying to eradicate all traditional culture since the ’60s.

This also leads to mass attacks and persecution of religious groups like Falun Gong, a meditation-type practice that started in China in 1992. Shen Yun dances depict scenes from present day China which shows Falun Gong practitioners persecuted for their faith by the authorities, because they choose to practice their belief in truth, compassion, and forbearance.

For many Americans, this part of Chinese history seems absurd.

“There should be freedom of beliefs and freedom of religion,” he said.

Portia Anderson, who accompanied Mr. Anderson to the theater stressed that freedom of belief is truly important too.