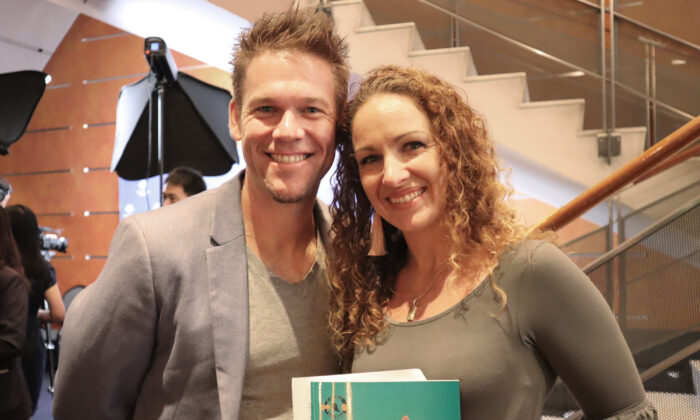 SYDNEY—Dancer Kristie Hood said she feels blessed by her husband who bought her tickets to see Shen Yun Performing Arts for her birthday.

“My wife’s been trained in classical ballet, contemporary, hip-hop, jazz, all those sorts of dances. But I haven’t seen anything like this before.”

For Peter, the athleticism of the performers was something he found really inspiring, “because, you know, I’m quite athletic myself, but I couldn’t imagine doing anything like what they’re doing. It almost seems like it’s impossible for a person to be able to flip around like that and do all those movements,” he said.

Kristie said that for her, in addition to the beautiful dance that gives audiences something to say “wow” about, she appreciated “the fact that there’s a purpose to the movement.”

She said that through the dance, she could feel the desire of Shen Yun as a company to reclaim the essence of traditional Chinese culture.

Shen Yun indeed has a mission to revive 5,000 years of traditional Chinese culture, which has almost been forgotten in modern-day China. Through music, dance, and heart, Shen Yun performances hope to remind people to seek the timeless harmony that exists between Heaven, Earth, and humankind, and to celebrate the traditions that uphold this harmony.

“There needs to be a purpose, not just gymnastic tricks. There’s a beautiful connecting with the artistry in the dance as well. It’s lovely,” she said.

“As a dancer and dance teacher, it’s something where I’m consistently wanting to connect with the arts [and] see professional performances because it inspires me as a dance teacher but also as an artist myself,” she added.

“It’s nice to keep a creative journey going and seeing performances like this, that’s how that happens.”

With reporting by Rona Rui and Melanie Sun.