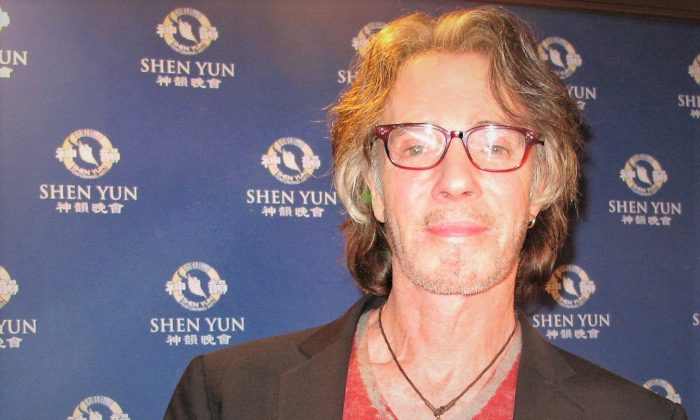 Rick Springfield, a singer, instrumentalist, songwriter, actor and author, enjoyed the Shen Yun performance at The Fred Kavli Theatre in Thousand Oaks, Calif., on April 10, 2018. He had a No. 1 hit with "Jessie's Girl" in 1981 in both Australia and the U.S., for which he received the Grammy Award for Best Male Rock Vocal Performance. Mr. Springfield has starred in television shows “The Young and the Restless” and “General Hospital.” (Yaning Liu/The Epoch Times)

“All of the synchronized dancing is amazing to me, and the humor, and actually the whole [spiritual aspect]. I thought it was very moving. … I thought it would be just the dancing, but they brought a lot of heart.”

“Anytime there’s spirituality it benefits the world, because it’s saying there is a God, that we are all one, and that’s a universal message. … It’s the most important thing that humanity can grasp.”

“[The orchestra] is great. It’s amazing. [There’re] a lot of new instruments to me, but it’s wonderful.”

“[The music] is very dreamy and very powerful. … There’s so much emotion in it.”

“[The performance] pulls you in, especially the spiritual [vignette] pulled me right in.”

“It was amazing. I would absolutely recommend it.”