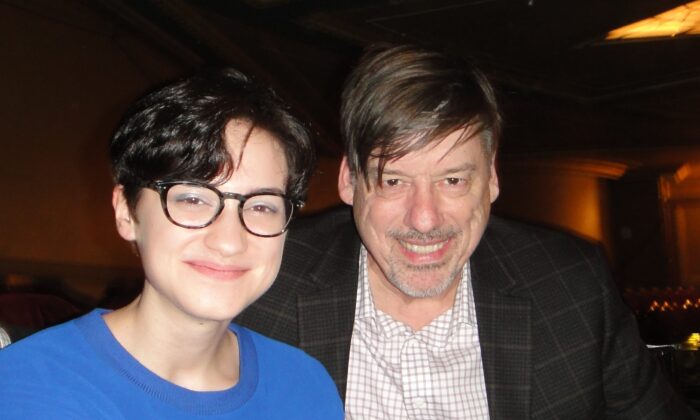 DETROIT—”It’s a dream, the show is like a dream,” Mitch Carter said after seeing Shen Yun Performing Arts World Company’s performance at the Detroit Opera House on Jan. 24, 2020.

New York-based Shen Yun, founded in 2006, is a dance and music company whose mission is to revitalize traditional Chinese culture through classical Chinese dance.

“At the beginning, it’s like you are getting teary-eyed because everything you see is just so fantastic and amazing, and colorful and dream-like,” Faccini said.

The two were moved by Shen Yun’s mission, especially upon learning that this traditional culture has been uprooted in China.

According to Shen Yun’s website, “Entirely non-profit, and independent of the Chinese regime, Shen Yun enjoys the artistic freedom of New York, enabling it to now bring these ancient traditions to the stage.”

“Shen Yun cannot be seen in China today where traditional culture has been nearly lost. Yet Shen Yun—a non-profit organization—has become an international phenomenon, bringing the wonders of ancient Chinese culture to millions across the globe,” the company’s website states.

“I think of how these horrible people came in and destroyed everything we saw. They [the communist regime] stomped it out and that is heartbreaking to me,” Carter said. He added that he enjoyed the spiritual aspect of the culture.

Faccini said, “It’s good to see just like freedom of expression, like free expression of their spiritual belief. It’s really emotional finding out that in other places like in China they don’t allow that be freely expressed so it’s really nice to be able to see everyone with the same mentality to be able to express it the way they want to.”

I also like the unafraid expression of the masculine and the feminine and just the celebration of it.
— Mitch Carter

“I also like the unafraid expression of the masculine and the feminine and just the celebration of it, and even, I don’t want to say the exaggeration of it, but there is always the dichotomy—is always there and that’s beautiful,” Carter added.

“It’s inspiring now that I’m leaving here and it’s going to be in my mind and I’m going to think about it,” she said.

“They did a great job, I think if they keep making it more widespread and enlightening more people, there is a better chance it will be, it’ll come back and will be revived,” she added.

“We’ll be back and you don’t want it to end,” Faccini said.