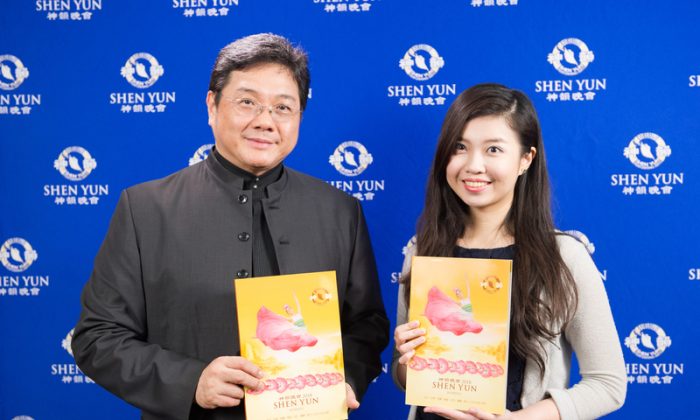 “Being in the music circles, besides seeing the dance performance, I also paid attention to the music performed by the live orchestra all the time. Their synchronization is seamless and impeccable.”

“Some of my friends who sat next to me also said that they were touched deeply. I’ve looked forward to Shen Yun’s performance every year.”

“As a matter of fact, every piece is very touching, in particular the one depicting the spirit of Truthfulness, Compassion and Tolerance. I was almost in tears.”

“What Shen Yun disseminates is not only spiritual and artistic visions, but also humanitarian concerns. So, I think it is amazingly good.”

“The 5,000 years [of Chinese culture] is full of the spirit of Truthfulness, Compassion and Tolerance. It is something that we should follow.”

“Take the piece ‘Buffoonery in the Schoolyard’ for instance. It demonstrates an inclusive and integrated style of Chinese culture. With the meticulous choreography, not only are there versatile artistic elements, but there are also some humorous storyline.”

“I think what Shen Yun intends to express, is the reviving and carrying forward of the 5,000 years of Chinese culture. In addition, it wants to express a kind of care and concern for the human beings.”

“I want to express my appreciation to [Shen Yun’s] artistic director Mr. D.F. for leading this group of people to disseminate compassion. As he has done such a tremendous task for the Chinese people around the globe, I am deeply touched and thankful [to him].”