Siegfried of ‘Siegfried & Roy’: Shen Yun ‘Good for My Heart and for My Soul’ 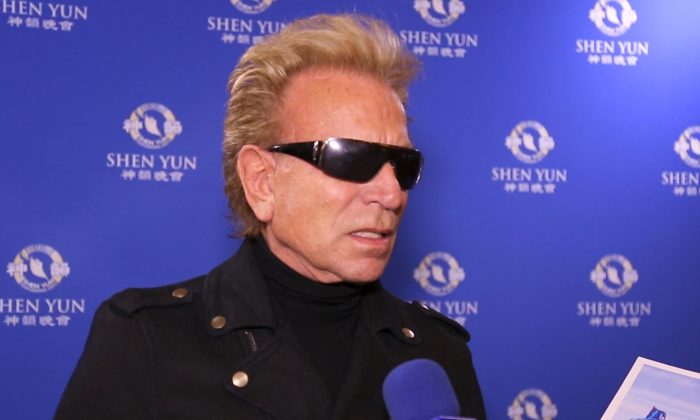 Siegfried Fischbacher after attending Shen Yun at Reynolds Hall, The Smith Center For The Performing Arts, in Las Vegas, on Jan. 23, 2016. (Courtesy of NTD Television)

LAS VEGAS— Siegfried Fischbacher and Roy Horn of “Siegfried & Roy,” the magician duo famed for their performances with white tigers and lions, said they had a beautiful and therapeutic experience at a Shen Yun Performing Arts show at The Smith Center for the Performing Arts on Jan. 23.

“It was good for my heart and for my soul,” Mr. Fischbacher said. “All together it was just excellent.”

Shen Yun is a New York-based classical Chinese dance group that is reviving traditional Chinese culture. Each dance is accompanied by a live orchestra that consists of a remarkable blend of Eastern and Western instruments.

“I was very impressed. It was food for my soul and for my heart … You have to see it. It’s the culture. It’s the precision,” Mr. Fischbacher said. “Things that we are losing today. The goodness, I saw it all on stage today.”

“It’s full of surprises, the culture. It moves you inside,” Mr. Horn said. “The stories, it’s poetry.”

One dance that particularly piqued Mr. Horn’s interest was the tale of the lady of the moon—where a woman who was eager to live forever drinks an immortality elixir and ascends to the moon, unwillingly separating from her husband forever.

Mr. Horn, who suffered a severe injury on stage in 2003, said there was something therapeutic about seeing how precise the performers were.

“It was good for body and soul,” Mr. Horn said, and described the overall choreography as “perfection.”

“The precision of the choreography, all the dancers, no flaws, nothing, all just totally trained,” he said.

Before Mr. Horn’s injury, “Siegfried & Roy” was one of the most popular performances in Las Vegas.

Today, the pair runs a menagerie at the Mirage Hotel in Las Vegas.

“It was just excellent,” Mr. Fischbache said of Shen Yun.

Each Shen Yun dance is also accompanied by an interactive digital backdrop that transports the audience to ancient Chinese palaces and ethereal paradises.

“It was all in harmony and it was beautiful,” Mr. Fischbache said. “It was something that I will take home in my heart.”