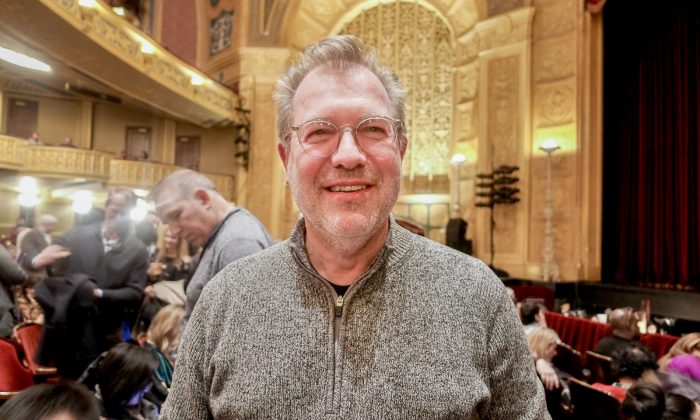 DETROIT—Lee Stille had never seen Shen Yun before, but being a teacher of theater history, he has been intrigued to explore various cultures—including classical Chinese dance and the culture of ancient China.

As the New York-based company’s website describes it, “Through the universal language of music and dance, Shen Yun weaves a wondrous tapestry of heavenly realms, ancient legends, and modern heroic tales, taking you on a journey through 5,000 years of Chinese culture.” Its aim is to uplift and inspire.

Mr. Stille certainly thought Shen Yun achieved that. He described the performance as enlightening and engaging.

“I’m just trying to put all of the images together. It’s good that there is this immense and long standing tradition of dance and communicating through dance and that’s really fascinating to me,” he said.

A Shen Yun program consists of 20 or so vignettes that, through story-based classical Chinese dance, encapsulate various periods from China’s history as well as various excerpts from China’s extensive mythology and folklore.

“The sort of blurred lines between the spiritual and the physical. That movement and dance, they speak in a poetry all to itself,” he said. “It’s a type of religious experience I suppose, just observing it, the individual stories; just glimpses into all periods of history.”

“And whether dance is used, or whatever artistic medium, I think it is important to use it,” Mr. Stille said.

“It was moving and terrifying and unreal and that’s surprising; and not because we are dealing with a different society, but these things happen all over the world and here too,” he added.

Mr. Stille said he would surely recommend Shen Yun to his colleagues and students and that he would talk about it in various contexts.