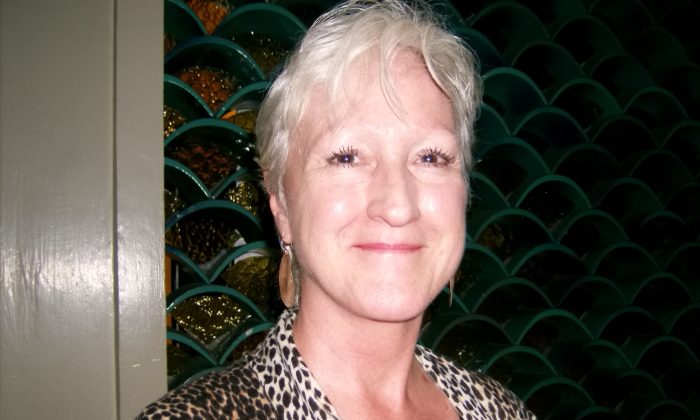 Ms. Bates has worked for Child and Family Service, a non-profit organization helping Hawaii’s families, for over 20 years. She is the Pacific Business News 2014 Businesswoman of the Year.

Shen Yun’s performance was impressive for Ms. Bates. “I thought it was absolutely beautiful and spiritual,” she said.

Established in 2006, New York-based Shen Yun is a non-profit organization endeavoring to bring 5,000 years of China’s divinely inspired culture to life through the performing arts. Reaching millions of people in nearly 20 countries and 100 cities, Shen Yun is now widely considered an international phenomenon.

As a whole, Ms. Bates considered the performers to be a “really talented group.” “The costumes were gorgeous,” she added.

According to the Shen Yun website, “Shen Yun’s costume artists collect countless designs of traditional attire, ranging from those of emperors, ministers, and generals to the everyday clothing of the common people. They use bright colors to tailor and recreate hundreds of new pieces each season.

“Every detail is given meticulous attention and is a result of artistic inspiration and careful polishing. The designers stress harmonic balance and contrast. Their objective is an authentic presentation of the attire that comes from China’s divinely inspired traditional culture, and a consummate stage effect.”

One of Ms. Bates favorite pieces was titled The Steadfast Lotus. “That was beautiful,” she said.

This dance tells the story of a mother and daughter standing up for their belief in truthfulness, compassion, and tolerance, the tenets of their faith, the program book says.

For Ms. Bates, the entire experience was time well-spent. “It’s beautiful and spiritually uplifting,” she said. “It’s definitely worth seeing.”