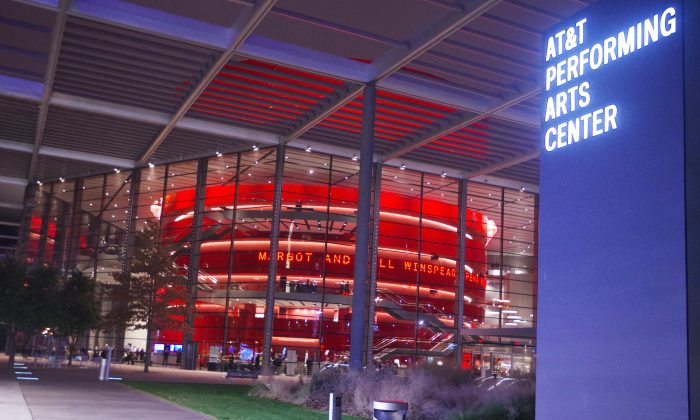 DALLAS—Shen Yun Performing Arts reminds one of a belief bigger than oneself, through a language that could be understood across cultures, and for all ages, according to Hazem Morsy, vice president of a telecom company.

It crosses the boundary of language and culture.
— Hazem Morsy

Mr. Morsy saw the evening performance Jan. 2 at the Winspear Opera House with many family members and said the performance had him reflecting on big ideas.

As he reflected on the lyrics sung by soprano Song Tianling, he saw that whether we believe or not, divine intervention is there, and what is truly inside each person is what matters.

“No matter what you believe in, it’s there. It gives people strength and gives them freedom. … And the mission of life is basically what she sang at the end of the song,” Mr. Morsy said.

The performance inspired him to believe, resolutely.

The freedom of belief was “definitely a message I will stand behind,” Mr. Morsy said.

Believing in something bigger is a necessity, he said. “Without having a belief and a purpose of life to believe in, it just means that it is too sad.”

With a mission, he said, you try to practice these good principles and take them into your life “all the way to the end.”

“Believe in something bigger than what we see with our own eyes, because our senses can comprehend this much, but that is beyond these senses,” Mr. Morsy said. “But if you believe in that and you have a right path to achieve it, your whole life, whether you are working, studying, living that life will be around that cultural value which will be something to strive for.”