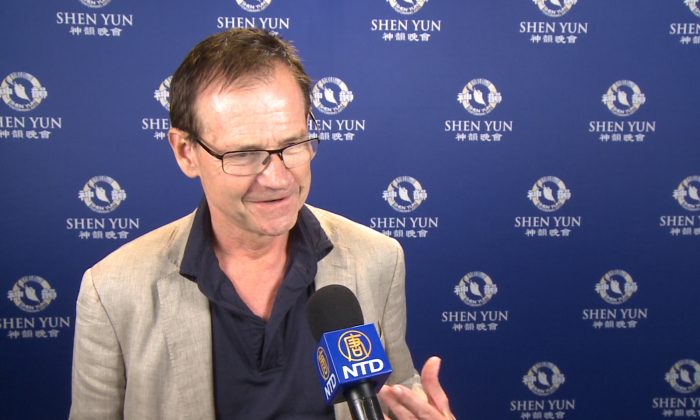 “Everybody needs hope. We need hope in this country. We need hope around the world, so that is a universal message: not to be beaten down by trials but to overcome them.

As for the Chinese people, Cater also saw the story of there being “something greater than the Chinese Communist Party that may one day come and restore a more human society … we’ve got to hold onto that,” he said.

China was once known as “Shen Zhou,” or the land of the divine, according to Shen Yun’s website. This term describes a land where deities and mortals co-existed and a belief that the divine transmitted a rich culture to the people of the earth.

As a result, ancient Chinese civilizations were replete with virtues and values stemming from the people’s divinely-inspired culture. Concepts such as “respect the heavens to know one’s destiny,” and “man and nature must be in balance” have revealed deep meaning over thousands of years of history, as have the five cardinal virtues of benevolence, righteousness, propriety, wisdom, and faithfulness.

Only over the course of the last 70 years, since the Chinese Communist Party took power, have the Chinese people had the spiritual roots of their culture suppressed, or even destroyed.

Cater remarked that over the course of the evening, he felt that he had been shown the story behind the evolution of China.

Cater said that he had immense admiration for the skill of the dancers and that he would encourage people to go and experience Shen Yun for themselves.