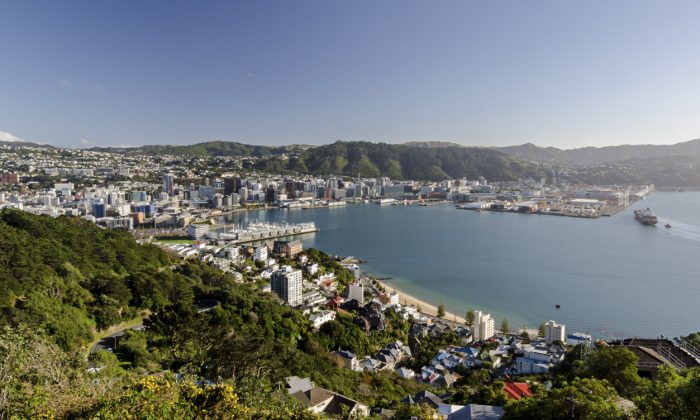 Shen Yun Returns to the Coolest Little Capital in the World

WELLINGTON, New Zealand—Wellingtonians are in for an unforgettable treat when Shen Yun Performing Arts World Company opens at the St James Theatre Feb. 16.

Shen Yun, based in New York is dedicated to reviving China’s ancient traditional culture through music and dance.

Home to some 400,000 people, Wellingtonians are proud of their arts culture which hosts the best of the best of everything from exquisite cuisine, delightful cafes, world renowned actors and musicians. As such they recognise and appreciate true art which is what Shen Yun will deliver.

Masterton Mayor, Lyn Patterson, sends her best wishes to the presenters and wishes Shen Yun every success with the tour.

Shen Yun was founded and began touring in 2006, in a short space of time they grew to 4 companies touring the world simultaneously. Shen Yun, with its many unique elements is now classed as a global phenomenon, leaving the audience in awe.

Classical Chinese dance, digital animated backdrops and a combined East and Western orchestra are some elements of the Shen Yun performance that is sure to stir the heart and soul.

This will be Shen Yun’s third visit to Wellington. Many of the previous audience members had nothing but praise for these talented artists.

Dr. Matthew Cohen “It was a delightful performance, nice cross-cultural experience, and very colourful,” he said.

Olivia Jackson-Mee, artist and illustrator said, “I thought it was absolutely flawless, the dancing was just so perfectly in time with the music. I thought the music was just incredible. It was a seamless blending of Eastern and Western instruments which I found very, very interesting. What an amazing sound.”

Phillip Toye, an analyst, said, “The use of the multimedia was really spectacular.”

Three performances will take place at the St James Theatre in Wellington on 16-17 February.