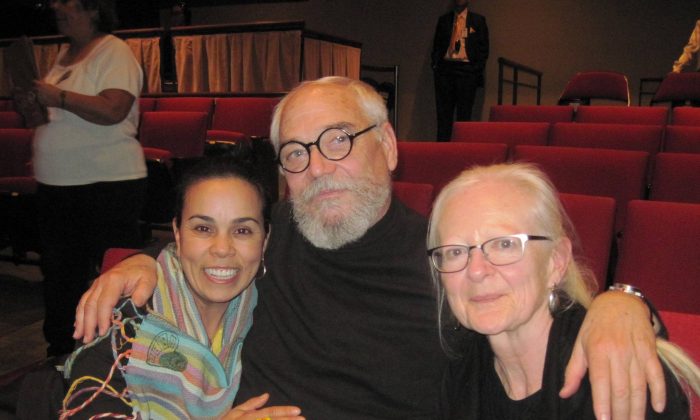 “It’s visually beautiful, it’s stunning to watch all the colors and how the performance with all of those people on stage is perfection,” she said.

Ms. Montes is a Flamenco dancer, who also teaches dance in the Albuquerque area.

Shen Yun is on a mission to revive China’s traditional culture, which was nearly laid to waste by the current regime in China. Using dance and music to illustrate and bring to life tales from China’s 5,000 years, Shen Yun has performed in over 100 cities across 20 countries.

Ms. Montes said the show was “very educating.” She also appreciated that the emcees would introduce the pieces, giving some background knowledge so that each dance could be appreciated more fully.

“It’s educating, and you understand a little bit of tradition, because it’s so rich you can only get so much, but it gives you history and stories and it’s just great information through dance,” she said. “Education through dance.”

Each dance piece is also supported by rich, vivid costumes, all handmade and unique to each dance. The Shen Yun website explains: “Every costume in a Shen Yun performance is presented with brilliant colors, displaying a splendid spectacle—from the Tang Dynasty’s “Raiment of Rainbows and Feathers” to imperial dragon robes, phoenix coronets, and cloud capes; from the civil official’s headdress and robes to the warrior’s helmet and armor; and from the traditional rightward cross-collared Han clothing to the ethnic attire of the Manchurian, Tibetan, Dai, Mongol, and Uyghur ethnic groups.”