Shen Yun Is Everything We Need 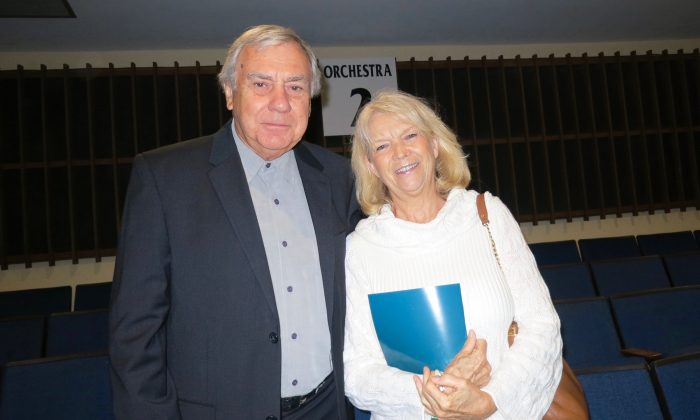 LAKELAND, Fla.—For Lakeland retired couple Sharon and Bob Miller an evening at the theater watching Shen Yun Performing Arts was a night to remember. The couple enjoyed themselves at the The Lakeland Center this Wednesday, Jan. 6, when Shen Yun held their last show in town.

Shen Yun is a New York-based performing arts company that was established in 2006. Their mission, according to the website, is to revive 5,000 years of traditional Chinese culture, through music and dance.

Many audience members praise Shen Yun for educating them about the true culture of China.

“China was once known as Shen Zhou, The Divine Land. This profound name describes a land where deities and mortals coexisted, and a belief that the divine transmitted a rich culture to the people of the earth,” according to the company’s website.

They had heard about Shen Yun from their granddaughter, who described it as divine, and Ms. Miller went ahead and looked up the company. She said the performance really lived up to her expectations.

“I felt … elated. I felt like crying, it was so emotional,” she said.

Whether it was the “Monkey King and Dragon Palace” or the “Manchurian Maidens,” each dance educated the audience about China’s different ethnic groups, or China’s age-old legends.

Mr. Miller said the performance was fantastic, magical, and uplifting.

Knowing that Shen Yun tours around the world and puts on a brand new performance every year, from costumes, to dances, and even music, Mr. Miller is sure to be present when the company returns next winter.

“We can’t wait till next time,” he said.