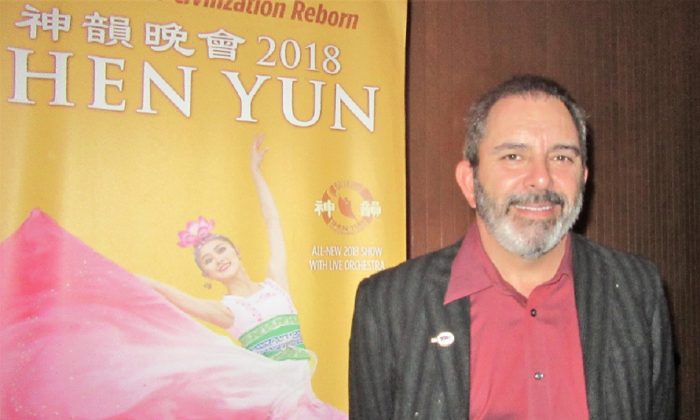 Geoff Rivas, an actor and a founding member of the Latino Theater Company, enjoyed the Shen Yun evening performance at the Long Beach Terrace Theater, in Long Beach, Calif., on April 21, 2018. Mr. Rivas has starred in television shows such as NCIS, Murder in the First, CSI, and Scandal. (Jana Li/Epoch Times)

“Very enlightening culturally, the experience of the dance moves, and it’s very beautiful.”

“First time seeing [classical Chinese dance], I’m impressed with the moves, with the cultural significance of it.”

“I would recommend it as a cultural experience.”