Shen Yun Is ‘An Experience of a Lifetime,’ Says Golden 1 VP 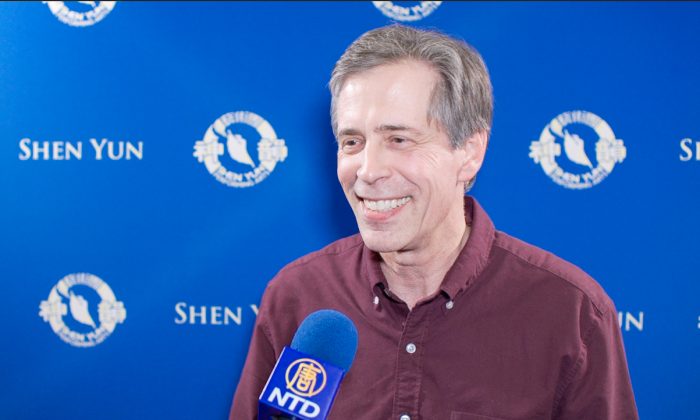 SACRAMENTO, Calif.—When Walter Anasovitch saw Shen Yun Performing Arts for the first time, he was blown away by the performance of classical Chinese dance, and he felt that it is important for people to see it.

“I thought, it’s outstanding,” he said. “This is such a privilege and an honor to see such talented people just do what they do, and it’s very, very uplifting and really an experience of a lifetime. So I thank the performers.”

Anasovitch is vice president of member care for Golden 1. He brought his wife and daughter to enjoy Shen Yun with him in Sacramento, California, on Jan. 12.

“I loved it,” he said. “This is definitely a world-class show.”

“The vitality of everything, the level of experience of the dancers, is just beyond compare,” said Anasovitch. “They move in very hypnotic fashion. They move so gracefully that they just flow. They flow. Some of them look like [they’re] flowing like spirits.”

Recalling the first scene, he said, “It was very, very enjoyable. I’ll always remember it.”

Shen Yun has visited many countries around the globe, but it cannot perform in China today. The Chinese communist regime has spent the last few decades trying to wipe out traditional Chinese culture and values. If Shen Yun went to China now, its members would risk being persecuted.

“The music, the colors, the art, the artistry, the story, the fact that we’re getting to see something that is outlawed in the country of origin—it’s just fantastic,” said Anasovitch.

“I didn’t think that this performance was going to be available for the next few years, so I knew that I had to bring my family,” he said. “Anywhere you are in the country, you have to see it. I talked to my family who lives in the East Coast … and I’m going to tell them, you definitely have to go.”

“It’s important because people … have to have appreciation for culture and arts. It’s part of who we are, humans; it’s humanity,” he said.

“It’s very, very important, because it’s down to the soul when you do these things. It’s down to your very soul and your core.”