Shen Yun Inspires Sculptor to ‘Be a Better Person’ 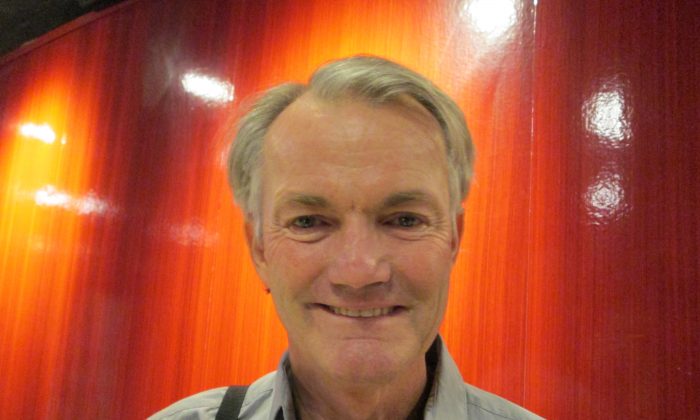 SAN DIEGO, Calif.—Kirk Gilliam has always been creating things, ever since he was a child. He turned that hobby into a passion, and now he works both as a sculptor and electrician.

After attending Shen Yun Performing Arts at the San Diego Civic Theatre on March 25, he felt encouraged to go home and make art that inspires people to become better.

“I had a beautiful experience,” he said. “I felt motivated to come back out into my life and be a better person.”

Every time the curtain rose, I was just interested in seeing what was going to come next.
— Kirk Gilliam

Mr. Gilliam said he believes this is what the arts are truly meant to do.

Shen Yun has touched the hearts of millions since its founding in New York in 2006, with a mission to revive the genuine, divinely-inspired Chinese culture and share it with the world.

“Sophisticated dance techniques, an orchestra joining instruments from both the East and West, beautiful costumes, and a stunning back drop—this is Shen Yun at first glance,” states the company website. But take another look, and the spiritual ideals and foundations of Confucianism, Buddhism, and Taoism from traditional Chinese culture reveal themselves to the audience.

“Something like this gives you faith again in life,” said Mr. Gilliam. “When you have something that is this heartfelt, when people are [so] dedicated to what they’re doing, … it really excited me as an artist.”

Mr. Gilliam was impressed by Shen Yun’s orchestra, which performs all original music, and said it had a subtle softness to it. He enjoyed the vocal soloists, who often performed between dance numbers, accompanied by piano, and he loved the fact that the lyrics were projected onto the backdrop.

He thought the colors and set design on stage were gorgeous as well.

“The costumes were just works of art,” he said.

The whole experience evoked spontaneous words of praise from Mr. Gilliam, such as, lovely, fabulous, invigorating, amazing, wonderful, and magnificent.

“Every time the curtain rose, I was just interested in seeing what was going to come next,” Mr. Gilliam said.

Overall, Mr. Gilliam felt Shen Yun touched upon the very reason human beings are here on this earth and their true purpose in life.

“We’re not here to just grovel and fight with each other,” he said. “We have to help each other, and we have to bring each other up … bringing us to our higher self, being the best that we can be.”

“The feeling of the show has elevated me as a person,” he continued.

Mr. Gilliam said he would tell friends about Shen Yun and recommend it to others.

“It will lift them up and help them be better and have a better life,” he said.