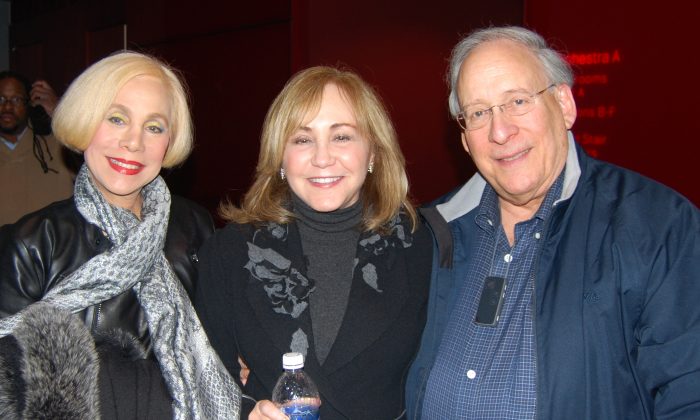 DALLAS—Last season, Cal Donsky, his wife, and their friend Linda Gold experienced Shen Yun Performing Arts at one of Dallas’ double sold-out performances. They knew they had to come back this season.

“I thought it was the most incredible thing I’ve ever seen,” said Ms. Gold, an interior designer, after Shen Yun’s opening night performance at the Winspear Opera House in Dallas, Jan. 2.

The New York-based Shen Yun puts on all-new performances each year, reviving 5,000 years of Chinese civilization through the performing arts.

“I thought the costumes were great, and I just thought it was visually very beautiful,” Ms. Gold said.

Each of Shen Yun’s costumes is a spectacle in itself. According to Shen Yun’s website, the costume artists collect countless designs of traditional attire, from emperors to everyday dress of the common people, and create hundreds of new pieces each season.

“Their objective is an authentic presentation of the attire that comes from China’s divinely inspired traditional culture, and a consummate stage effect,” the website reads.

Ms. Gold added that the performance was “calming, thoughtful, tranquil.”

Mr. Donsky, an attorney and partner at Gardere, who specializes in fairness opinions for investors, said he could sum up the entire performance in a single word: harmony.

The performance was enjoyable, relaxing, and unlike any other for Mr. Donsky, who said the grace of the performers brought him back for a second year.

Mr. Donsky concluded that he witnessed the theme of good versus evil in the cultural performance, with the balance weighing toward that of goodness, he said, “And I like that.”