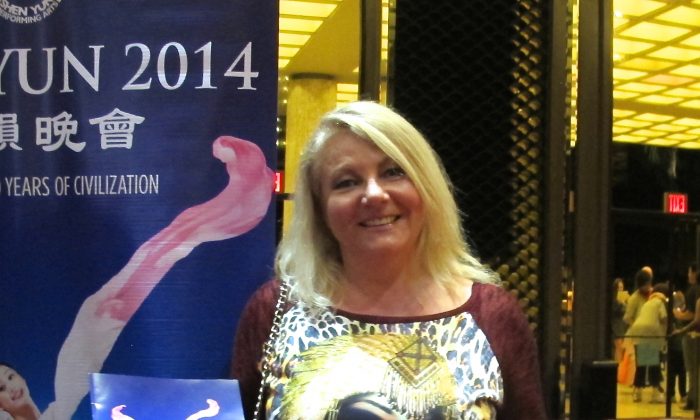 HONOLULU, Hawaii—Shen Yun Performing Arts graced the stage at the Blaisdell Concert Hall on May 7, starting its three-day run in Honolulu.

Margaret Gallegos, a senior hospice caregiver, was also fascinated with the performance.

“It was so mesmerizing you could feel the spirit with you,” Ms. Gallegos said.

“I am so happy to be able to attend it as a Mother’s Day gift that was given to me by my brother,” she said.

Shen Yun, based in New York, has a mission to revive China’s divinely inspired culture through the performing arts.

Ms. Gallegos said she was very inspired by the performance, and was touched by the lyrics sung by the vocalists.

“The whole production, I was in awe,” she said.

Ms. Gallegos was particularly touched by one of the dance pieces that shows the persecution of a mother and daughter who practice the spiritual discipline Falun Dafa in today’s China.

Commenting on their spiritual practice, she said, “If they let the spirit come into their heart then it would make them feel so much better. Because what we will see inward or feel inward is what we portray or give out.”

“I already called my brother during the intermission, and I said this is such an overwhelming joy,” Ms. Gallegos said. “I said thank you so much, I love you dearly.”

With reporting by Jing Liang