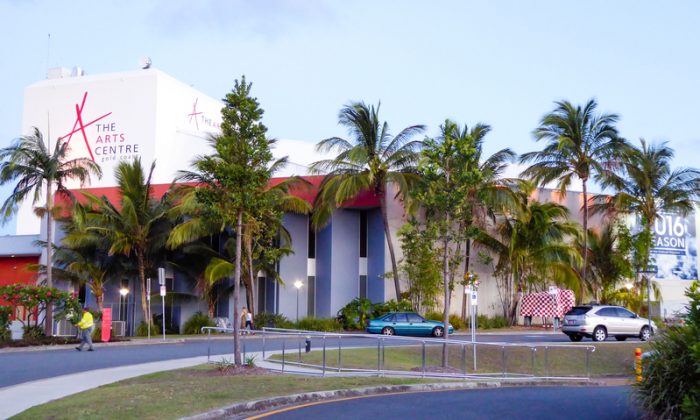 And if she had the chance, Ms. Lloyd would tell the world premier classical Chinese dance and music company herself. She was attending the performance held at the Arts Theatre, The Arts Centre Gold Coast, on Saturday, March 5.

“I’m actually astounded that anyone can be a classical dancer and a [gymnast] as well. I’m absolutely astounded by it. I mean their skill level and dedication must be incredible,” Ms. Lloyd said.

Classical Chinese dance is central to the Shen Yun performance, featuring the world’s foremost classically trained dancers. Known for its incredible flips and spins and gentle elegance, this dance form is one of the most rigorous and expressive art forms in the world, according to the company website.

The dancers are supported by an orchestra blending East and West, dazzling animated backdrops and radiant costumes, all together creating a euphoric performance that washed away all of Ms. Lloyd’s exhaustion.

“I’ve been really, really stressed with work and studying, and being a mother and everything else,” said the Australia film producer who is currently studying physiotherapy.

“It transported me. I loved all the colours and everything … it took me back to being a little girl.”

Through the universal language of music and dance, Shen Yun magically weaves a wondrous tapestry of heavenly realms, ancient legends, and modern heroic tales, bringing the presentation into the 21st century.

One dance sequence that stole her heart, “Fairies of the Sea,” is based on ancient Chinese legends that speak of delicate fairy maidens only visible to the pure of heart, the program book says. “At the surface of the sea these fairies now appear, dancing with long silk fans like rippling waves, and soft blue skirts swirling to the rhythm of the cerulean waters.”

Ms. Lloyd said: “Ah definitely, anything that was water-themed I really loved.”

She was also enraptured by the otherworldly tones of the ancient Chinese two-stringed instrument played by erhu virtuoso Linda Wang.

“Yes it was beautiful, really beautiful. It actually made me almost cry. I thought it was just so beautiful.”

But her assessment of the entire production was that society has become very materialistic and lacks the spiritual strength of Shen Yun that was brilliantly woven into the performance.

“It serves humanity very, very well to remind us that there’s something more important [than material wealth] and that this significant group of people, Falun Dafa, are really, really brave in fighting to keep their spirituality alive and assert their spirituality. I think it’s very important.”

Falun Dafa is an ancient cultivation practice–currently persecuted in communist China–that gives each artist a strong spiritual foundation, leaving the audience with a feeling of peace and harmony.

“I feel better for coming today and when I started watching the show I thought it had been brought here by China, and so I thought wow, the Chinese government are parroting themselves.

“Then I realised the show came from New York and I think it’s really wonderful that there are actually people fighting to keep Chinese culture alive.

“It’s a very brave thing to do and wonderful to go to the trouble of taking the show around the world and bringing us an experience that we wouldn’t get otherwise. If we went to China we wouldn’t get the same experience.”