Artistic Director Says of Shen Yun, ‘I am on the edge of my seat all the time’ 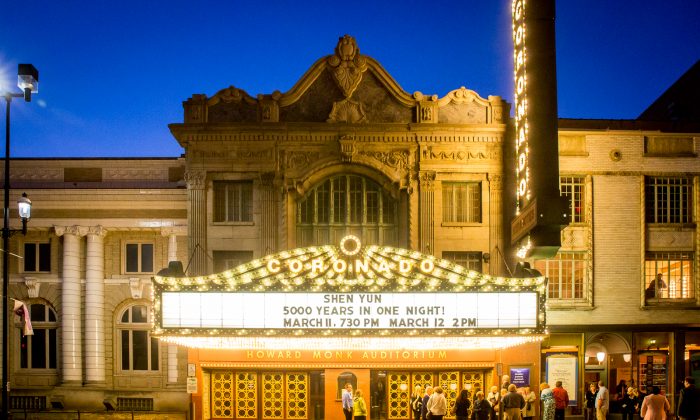 ROCKFORD, Ill.—”I am super excited about what is going to happen next. So, being an artistic director, dance teacher, and choreographer, I’m just on the edge of my seat all the time,” said Laassah Marshall of Xpressions of Praise Christian Dance Arts Academy.

She was referring to watching Shen Yun Performing Arts celebration of 5,000 years of Chinese civilization though dance and music. The students and their teacher got a much anticipated and once-in-a-lifetime dance and cultural experience.

“It has been so exciting. It’s been everything that we’d been anticipating,” Ms. Marshall said.

She explained that they had attended a VIP overview of the show. “Then to be here. The costumes and everything are phenomenal. It’s awesome.”

Ms. Marshall and 23 out of 60 of her students traveled by bus from Grand Rapids, Michigan some four hours away to be able to see the matinee performance of Shen Yun at the Coronado Performing Arts Center on March 12.

The heart of Shen Yun is Chinese dance. Classical Chinese dance evolved into a complete dance system over thousands of years from folk traditions, imperial court performances, and ancient theater, with each dynasty enriching and refining the techniques.

Classical Chinese dance is known for its distinctly Chinese postures, physical expressions of inner feelings, and an entire set of turns, flips, spins, and other aerial and tumbling techniques.

It is the perfect medium for telling stories even without words, and for preserving five millennia of glorious Chinese culture.

At intermission, Ms. Marshall commented on the dance pieces “Drums of the Grassland,” and the “Celebrating the Divine,” where the women dancers have long white sleeves which symbolize the khata scarf. She thought they were phenomenal.

“I really enjoyed it. I am just super excited to be here,” Ms. Marshall said.

“We are into the multi-cultural dances and the different genres of dance,” said Ms. Marshall, speaking of the Arts Academy.

They couldn’t wait to go home to tell those who couldn’t come what they experienced. “The excitement in the eyes of all the [academy] dancers shows what’s going to happen once we get back home! And, I know we are going to incorporate even more of the Chinese dance that we saw today,” said Ms. Marshall.