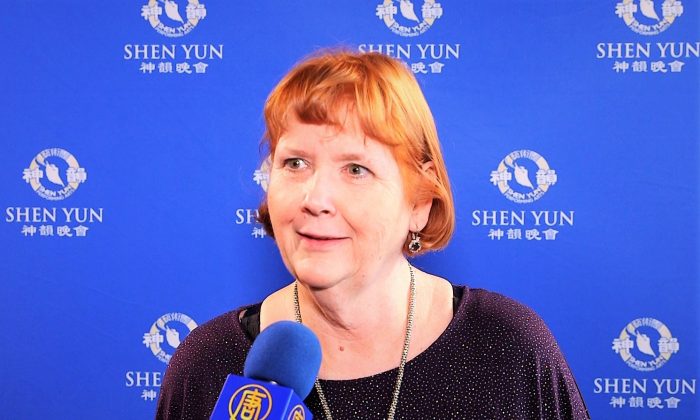 “This is my eighth time to come to Shen Yun. I never miss it, if I can get here at all.”

“It’s different every year, and I like that a lot of the stories come from the old religion before communism. You see the gentleness and the kindness [of the Chinese people]. In the world today, you don’t see that much, and so I like to tell people to come and see that so they get back in touch with what [China is].”

“I get a feeling of peace and serenity from the show—that things are good in life, and look for the good.”

“I think the dancers are inspired by that kind of [divine] beauty, and they use that in their performances. They make it very real, the stories and the way that they express it.”

“I liked them [vocal soloists]. The soprano has a different technique that she uses, but I liked it, and the baritone was just wonderful. … I just like to listen to them.”

“I think it has achieved [its goal of reviving traditional Chinese culture] 100 percent, because a lot of people don’t know anything about China. … I think this is very helpful. … I think it’s a very good thing that we get the people of the world together.”