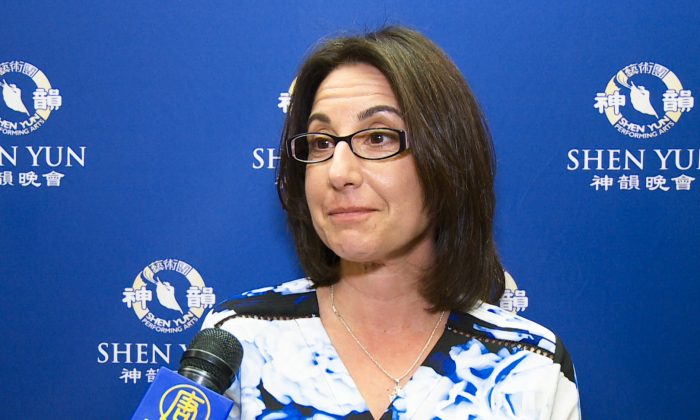 Dionna Leonards was inspired by Shen Yun's performance at the Merrill Auditorium in Portland, Maine, on May 5, 2018. (NTD Television)

“[Shen Yun is] spectacular, the authenticity of the dancers and the performers and how crisp and clean and precise their movements are. It’s just a beautiful reflection of the culture and everything that we here don’t have an opportunity to see about that culture, it’s lovely.”

“I think it transcends them to a spiritual enlightenment with something more than themselves and I think it frees their mind of control and restraint and restrictions, it’s very inspiring to watch and I can see probably why it may be threatening the culture that’s there right now and why it’s controlled.”

“I think [Shen Yun’s inspiration of a divine culture] brings to light the true character and intention of the … belief system and it enlightens you to really transcend beyond what you would think, you know, it brings a spirituality I guess. I think it inspires their movements and precision, but I think it speaks to something greater than who they are, and it’s inspiring.”

“I think [to] people who are open-minded and feel a connection to Earth and God and being greater than themselves, [Shen Yun] will be uplifting.”