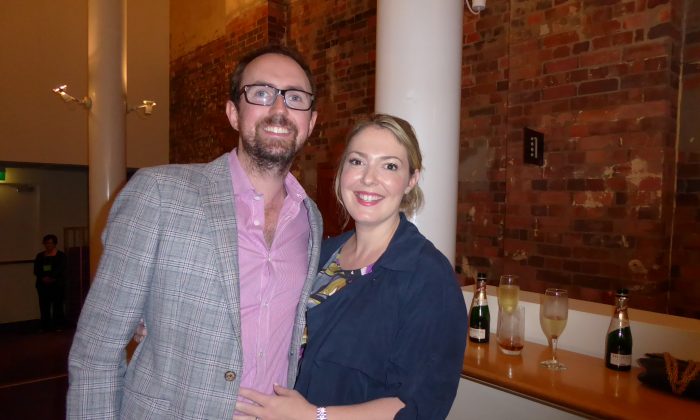 TOOWOOMBA, Australia—Chris and Catherine Turnock felt privileged to see Shen Yun Performing Arts at the Empire Theatre March 2. They had seen advertisements when they were in Melbourne for an orthodontist conference the week before but were too busy to attend. They were excited and very grateful Shen Yun would also be performing in Toowoomba.

Mr. Turnock is an orthodontist who owns his own practice, his wife is the marketing director. They said they travel a lot as he regularly attends and presents at professional conferences both Australia wide and internationally. He also teaches at dentistry and orthodontics at the University of Queensland.

He said he would highly recommend Shen Yun to all his family, friends and colleagues. Ms. Turnock agreed saying Shen Yun is “a visual feast for the body and the mind.” Mr. Turnock added, “and soul.”

Based in New York, Shen Yun is the world’s classical Chinese music and dance company with a mission to revive China’s traditional culture. With four touring companies it tours to hundreds of cities all over the world, but not to China.

Since the Chinese Communist Party it has systematically set out since the Cultural Revolution set out to destroy China’s divinely inspired culture. “It removes the cultural essence of respect for the divine, thereby extracting the heart and soul of traditional Chinese culture. Shen Yun seeks to revive these virtues the world over,” the website sates.

The Turnock’s felt very grateful they could see Shen Yun in Australia and were touched by the dance depicting the present day persecution of Falun Dafa, a peaceful meditation practice in China today. She felt it is wonderful Shen Yun was formed in New York and that they brought the message of hope to the people of the world.

Visually, it hits me right there in the heart.
— Chris Turnock

“I’m definitely moved, and just watching the performance on stage, it touches me,” said Mrs. Turnock. “Visually, it hits me right there in the heart, like they’re just incredible to see, but also in the message that comes across, and the persecution … I never really quite understood that, but now I think I have a bit more understanding. They’re there being peaceful, they’re trying to meditate and they’re being persecuted for being peaceful.”

Mr. Turnock added, “it’s something that in our society we’re not made aware of every day. And it’s nice to see that represented in dance.”

Mr Turnock felt Shen Yun was more than entertainment, it was educational.

“It was just beautiful and educational,” he said. “I’ve never seen anything like that in my life. It’s definitely enjoyable to come out and see that. I wish we could see it more often.”