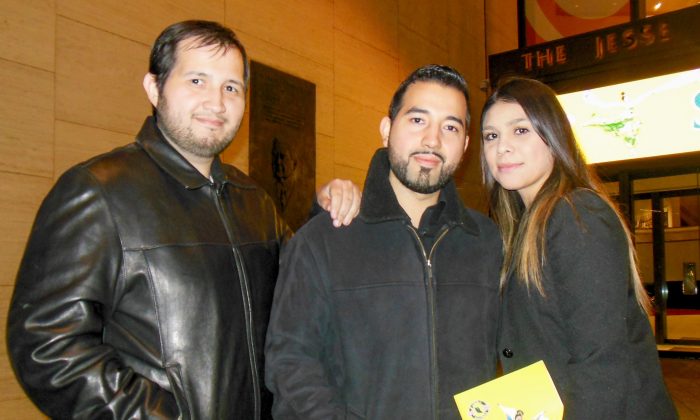 GRAND RAPIDS, Mich—Some people who see Shen Yun Performing Arts are mesmerized by the aesthetics of the performance, created by energetic classical Chinese dance, vibrant costumes, and a dynamic backdrop forever evolving in coordination with the dance and music. Others are transported to the past by rich melodies of Shen Yun’s singular orchestra, which combines the grandeur of a Western symphony orchestra with the expressive and exquisite sounds of classical Chinese instruments.

But nearly all audience members find themselves uplifted and enriched by the traditional Chinese cultural values and the themes of hope and peace characterizing Shen Yun.

Louis Grettenberger saw Shen Yun with friends and family at the DeVos Performance Hall on Dec. 29. He appreciated Shen Yun for shedding light on a culture suppressed and for demonstrating the importance of retaining ones cultural heritage. As a pastor, he especially connected with the deeply spiritual aspect of Shen Yun and expressed his belief that hope and faith are universal.

The Chinese traditionally believed that their culture was divinely-bestowed, thus Shen Yun hopes to revive this veneration for the divine. The name “Shen Yun” actually translates to “the beauty of divine beings dancing,” reflecting the company’s mission to share this with audiences worldwide.

Jim Keating echoed Mr. Grettenberger’s sentiments and said the search for our purpose and divine nature is “that thing that brings us all together.”

As a professional photographer, Mr. Keating was especially amazed by the effects of the animated backdrop.

I want to know how they did all that.
— Jim Keating

“The scenery was really amazing!” he said, complimenting Shen Yun for integrating the onstage performers with the background. “I want to know how they did all that,” he said, excitedly speculating about how the projection might have worked.

Besides the music and the dance, Ms. Grettenberger also felt inspired by the central themes of the Shen Yun performance. “Right now, I feel there’s so much horror and violence going on in the world, so it was really nice to come to something where art and messages of peace and hope are the main priority.”

As an artist, she particularly cherished the importance of art—with its powers of creativity and unity—in creating change in a world troubled by fear and violence.