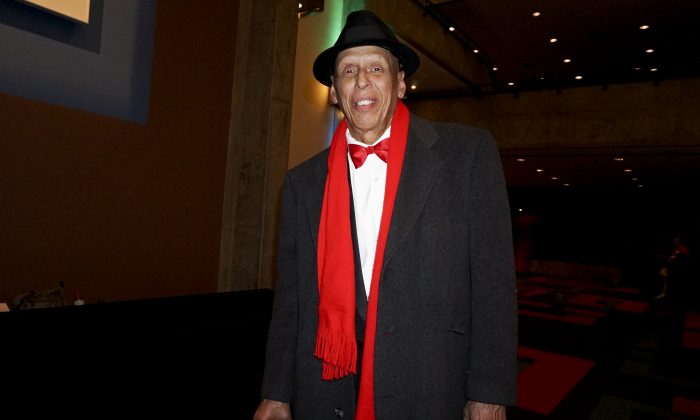 INDIANAPOLIS—For drummer Johnny Diaz, the performance by Shen Yun Performing Arts was the best he’d ever seen in his life.

A professional musician traveling the world for 50 years, Mr. Diaz said he’s seen all the shows, and this was the best.

Shen Yun brings classical Chinese dance and music to more than 100 cities in the world. Although visiting from New York, Mr. Diaz saw what he called an impeccable performance, at Indianapolis’s Clowes Memorial Hall on the campus of Butler University on March 9.

Shen Yun has found a way to meld the Chinese pentatonic scale with the Western octave. Thus, while ancient Chinese instruments play the melody, the rich sound of a Western orchestra adds body to support it.

The company’s all-original compositions play for all of the short folk and classical Chinese dances.

The synchronization and precision of the dancers to the music and to the digitally animated backdrops, appealed to Mr. Diaz.

This interaction was inspiring to Mr. Diaz “because it showed how good dancers, singers and musicians can play together and in harmony. It’s a beautiful thing to see. It’s not seen very much now. That interaction between [these] is very rare to see,” he said.

That harmony of perfect cooperation that Mr. Diaz mentioned hits at the bedrock of Shen Yun’s purpose.

Some of Shen Yun’s dances tell stories of China’s rich, long, and divinely inspired culture. The Chinese once celebrated and revered the harmony between the Heaven, Earth and humankind.

And so the company strives to portray Heaven’s principles, such as compassion, truth and reverence for the gods, in all of their performances.

This resonated to Mr. Diaz who said the performance was reason to rejoice, as he found it uplifting.

“I’m feel rejuvenated, wonderful, hope for the world,” he said. “The wardrobe, the outfits, the routines, the music, and the choreography, it’s just too much to say. They were just outstanding and uplifting and I would like to see it again many times.”