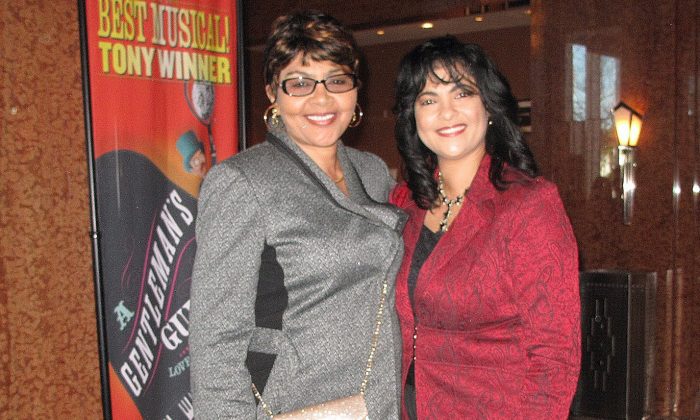 Alicia Canen and her mom came from Louisianna to see Shen Yun Performing Arts at the Reynolds Hall, the Smith Center for the Performing Arts in Las Vegas. (Yaning Liu/Epoch Times)

LAS VEGAS—Theatergoer Alicia Canen wasn’t taking any chances after missing Shen Yun Performing Arts in 2014 when the dance company visited her home state of Louisiana. Then she missed it a second time, so she made a special trip to Las Vegas, Nevada, just to see the show for the first time.

“I brought my mom down here so we can share in this moment together,” Ms. Canen said. “This is the closest I can get to China.”

Ms. Canen, who is a retail supervisor for Visionworks, had no other reason to travel to Las Vegas other than to see the performance, and she was not disappointed.

I am just speechless. It is captivating.
— Alicia Canen

“I am just speechless. It is captivating, very elegant, and I am enjoying every minute of it,” she said during intermission.

Ms. Canen has some Chinese friends, so she knew the culture was different, but she never thought she would actually be able to experience it.

“The themes and the way they bring China to us—it simplifies things and it becomes real,” she said.

The New York-based dance company performs mini-drama dances derived from legends in China’s thousands of years of history. Every dance performance exudes deep emotions that reflect traditional Chinese values such as loyalty, forgiveness, and respect for the divine.

Being a woman of faith, Ms. Canen was inspired by the strong connection to the divine the dancers expressed, which is the cornerstone of traditional Chinese culture.

“We all have a compassion and a love and a spirit of God and … you get that from the faith that you have within you,” she said.

Although Ms. Canen may not remember everything she experienced throughout the two-and-a-half hour performance, she will never forget what she learned about Chinese culture. She described it as a legacy from that you can share with your family.

“I would inspire everyone to dig deep and invest in learning a different culture,” she said.