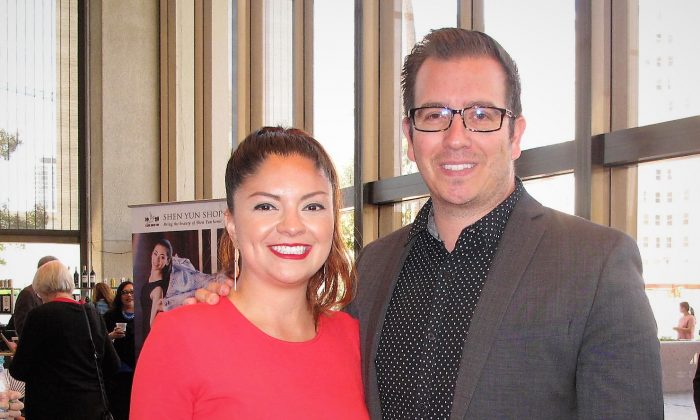 The classical Chinese dance and music company, based in New York, is winding down its 2018 season. The Shen Yun World Company, one of Shen Yun’s five companies that tour the globe simultaneously, completed five performances at the Long Beach Terrace Theater from April 20 through 22.

Theatergoers often walk out of the theater astounded by Shen Yun dancers’ grace, the synchronization between the dancers, the live orchestra, and the digital backdrop, and the consummate beauty presented.

Local civic leaders were on hand at the Sunday matinée and evening performances, and they, too, had something to say about their experiences.

“It’s just beautiful—the colors, the culture, the whole [performance], everything, the artistic vision,” Councilwoman Gonzalez said. “I would hope that the younger generation could come out and see it as well. …”

She also enjoyed the traditional “culture of meditation” and Buddhist spirituality that was incorporated throughout the performance.

Traditional Chinese culture is said to be divinely inspired. It is, therefore, imbued with spirituality, which is reflected in the countless tales depicting moral fortitude and respect for the divine.

Shen Yun’s mission is to revive traditional Chinese culture, which was nearly destroyed after decades of communist rule.

The company’s website states: “For 5,000 years divine culture flourished in the land of China. Humanity’s treasure was nearly lost, but through breathtaking music and dance, Shen Yun is bringing back this glorious culture.”

Sean Ashton, mayor of Downey, affirmed Shen Yun’s mission: “I think they’re doing a good job with [reviving traditional Chinese culture]. … As we progress forward, we don’t want to lose the customs of our past, especially here in America, as well as in China.”

Mayor Ashton said Shen Yun has positive value for humanity, and that he enjoyed the performance, especially the ethnic dances.

“The dancing is incredible, [especially] the Mongolian [chopsticks dance ‘Lofty Spirits on the Grasslands’],” he said. “They were very interesting with the use of the chopsticks and the percussionists’ sounds.”

Al Ethans, former mayor for the city of Stanton, said that he has never seen anything like Shen Yun. He was impressed with the synchronicity of the dancers.

“I envy [the dancers] for having that talent, really. It’s outstanding, and I’m very happy I’m here.”

Mr. Ethans, who is a veteran of the U.S. Navy and Air Force, supports Shen Yun’s effort to revive traditional Chinese culture: “That’s the way to go. [The Chinese people] have been here for many years, … and I think it’s good to have the old traditions back.”