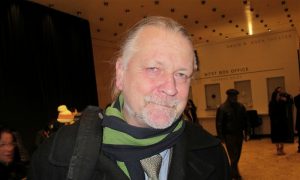 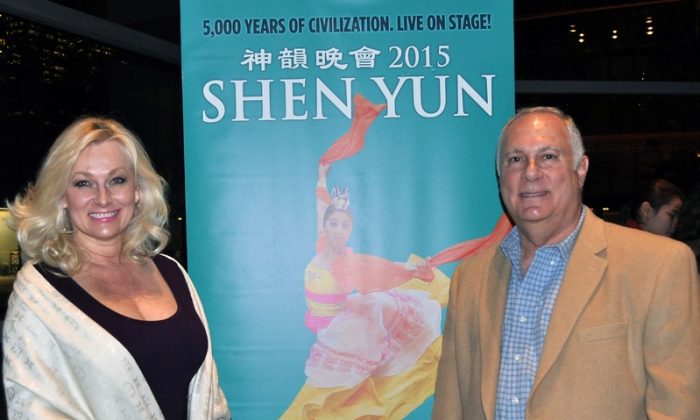 “I enjoyed the history. Our history in America is a couple hundred years versus several thousand [in China]. I think it’s important to maintain that history and know where you’ve come from,” said Mr. Carter after the performance at the Winspear Opera House on Jan. 9.

Mr. Carter, a dentist who owns his own clinic in the city of Sachse, TX, said he learned more about Chinese culture from watching Shen Yun, both about the history and the contemporary situation.

Mrs. Carter said she was surprised to learn that Shen Yun is not allowed to perform in mainland China, and that the performance was a good reminder that despite the country’s modernization, there is still no freedom of belief.

“I was surprised to see the message about the oppression and that it’s not allowed in China. I think that surprised me because we see a lot of oppression around in the world, and sometimes you get a little secluded and you forget that it’s happening in China as well… outside of the media, the press,” she said.

Shen Yun is a classical Chinese dance and music company based in New York. The company was founded in 2006 with the mission is to revive China’s 5,000 years of traditional culture through the performing arts.

Both the Carters said they found the performance beautiful and thought Shen Yun’s all original music was very good.

“The costumes, the music, the dancing—it was wonderful” Mrs. Carter said.

“I thought it was interesting to see the folk dances and the history with that. That’s something that we don’t know about in America. So that’s very interesting,” she said.

Mr. Carter said the performance left him feeling inspired and they would both like to come be back next year and bring more of their family members.

“I think her mother would really enjoy this,” Mr. Carter said.

“I think she would, and my daughter, she would enjoy it too,” Mrs. Carter said