Canadian Politician: Shen Yun Is ‘A Feast for the Senses’ 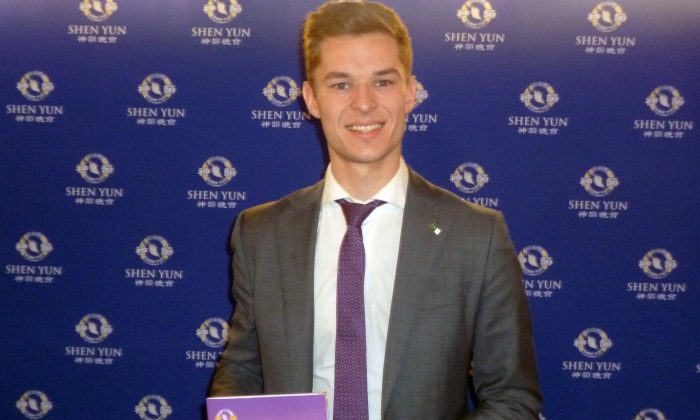 TORONTO—Sam Oosterhoff, Ontario’s youngest member of parliament, attended Shen Yun Performing Arts on March 26 at Toronto’s Four Seasons Centre. He was impressed by the artistic and spiritual richness of the performance.

“It’s really a feast for the senses,” said Oosterhoff.

New-York based Shen Yun, the world’s premier classical Chinese dance and music company, has been touring the globe since its establishment in 2006 with a mission to revive traditional Chinese culture. Developed through 5,000 years of civilization, this rich heritage is said to have been divinely inspired.

“I thought it was very, a very good way to intermingle spirituality and history in some of the performances that we saw this evening … I think a lot of people would benefit from having the chance to [watch Shen Yun].”

The spirituality in the performance resonated with him both as a Christian and a politician.  He was particularly impressed with the values of Falun Dafa (also known as Falun Gong), a traditional Chinese meditation practice depicted in the performance.

“I think one of the most beautiful things about Falun Dafa is its appeal to a lot of those values that we hold as members of liberal democracies. We cherish freedom, but also tolerance, forbearance, compassion [which are the principles of Falun Dafa] … values that we all should hold to as as members of a free and respectful society. So it was great to see those being showcased this evening. And I think there’s a lot of lessons that can be learned from this type of performance,” he said.

Oosterhoof encouraged people to come see Shen Yun. “Come on out and make sure you get in a performance or two. I’m sure I’ll be back again next year,” he said.

With reporting by NTD Television and Madalina Hubert