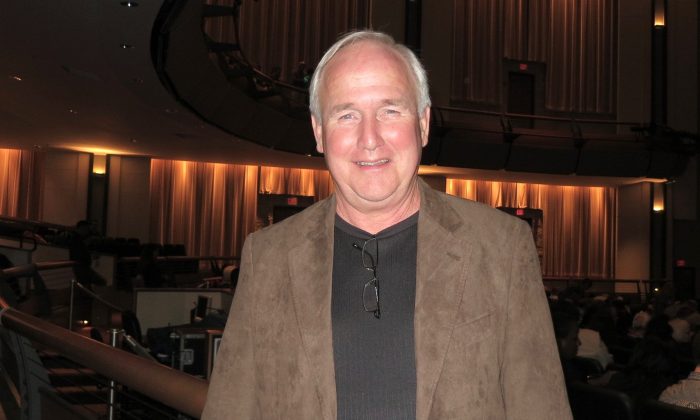 JACKSONVILLE, Fla.—After seeing Shen Yun Performing Arts, Jim O’Brien immediately sent a text of thanks to his son for gifting him the tickets. He said he had a smile in his heart and tears in his eyes after having the beauty of 5,000 years of Chinese civilization shared with him.

New York-based Shen Yun had brought the divinely inspired culture back from the brink of extinction, through dance and music, and presented Mr. O’Brien with a world he found he had known nothing about.

“I would never see this if it weren’t for the show, right? How else would I see this?” he said, moved. “It’s an enormously impressive culture.”

Mr. O’Brien is the recently retired CEO of Bahama Food Service, the largest food distributor in the Bahamas. He had worked closely with Chinese companies and ambassadors, but in that time learned little about the authentic culture.

China today has all but lost its traditional culture, as the communist regime has sought to suppress it through targeted campaigns like the Cultural Revolution. Mr. O’Brien knew many of the Chinese in the Bahamas had emigrated in 1949 because of that.

It was a revelation for Mr. O’Brien—”it surprised me to the point of tears of joy.”

What he learned in two-and-a-half hours was vast.

“It’s a wonderful story about the depth of Chinese history,” he said, and it was told through “some of the most beautiful dance that I have seen in my life.”

He learned of how spiritual the culture was, and how universal that aspect is. Around the globe people have the idea that people come from heaven, and “that everything here on earth is temporal, and that you’re sent here for a purpose,” he said.

Mr. O’Brien related strongly to the meaningful lyrics of Shen Yun’s bel canto singers, and found it “enormously impressive.” Chinese culture believes in a “divine will,” and Mr. O’Brien does too.

I think it’s a common value where all of us can meet.
— Jim O'Brien

“I think it’s a common value where all of us can meet,” Mr. O’Brien said. “Deep down, we’re all about the same thing. We’re all about family, and honor, and tradition, and being truthful. These are all worthy goals for us to achieve. To be truthful in life, to be honest, to be honorable.”

Those were values he saw presented in the stories and art of Shen Yun. Mr. O’Brien said as he watched, he wished his grandchildren could see the performance. He wanted his 3-year-old granddaughter to see it too, because of the basic human values the performance conveys. It promotes peace and harmony, he said.

“A child can get the message from the beauty. The beauty of the message is that love and happiness exist everywhere. You have to look for it, you have to search for it,” Mr. O’Brien said.

“It’s very impactful,” he said. “Everybody in America should see this program.”